Barely arrived in Paris with the Pistons delegation for the NBA Paris Game 2023, Hamidou Diallo chose to spend time with young people rather than sightseeing. At the Camp des Loges, the training center of Paris Saint-Germain, the Detroit return began the first stay in Paris of his life.

Diallo, 24, visited the youngsters of the PSG training center, to share his experience with them, answer their questions and see up close the methods and operations of the most prolific academy of the last decade in Ligue 1 .

If most aspiring Parisian pros don’t know Hamidou Diallo, their eyes still light up when they realize they have in front of them a man capable of winning the All-Star Game Slam Dunk Contest by jumping over of Shaquille O’ Neal, and to maintain a place in the top basketball league in the world.

As the Paris Game against Chicago approaches, we had the chance to chat with Hamidou, specifically about his African connection and his New York DNA, but also about Killian Hayes or Victor Wembanyama.

BasketSession: The first thing you did when you got to Paris was go and see the young athletes and hang out with them.
Hamidou Diallo: Going to see the young players here is important for me because it started for me too, in an academy in the United States. These are young stars and this is where the real work is done. It was great to be there and connect with them. What I saw opened my eyes. There are so many talented kids chasing their dreams… I don’t play football, I always play basketball, but I like to watch. Messi is my favorite player. I know that PSG has been a successful club for many years and has produced great players. So I also want to see what it looks like from the inside.

You yourself were a highly followed prospect when you were young. How do you handle the pressure that comes with that?
Hamidou Diallo: It’s not something I planned. I became a 5 star prospect late in my training. So when it started getting media attention, I knew it was because I worked hard. I can’t really rest, I have to go on. When you become a 5-star prospect, it’s just a sign that you need to increase the intensity of your work. Because then, all eyes are on you.

Speaking of prospects, we imagine you’ve heard of Victor Wembanyama. What is your opinion of him?
I saw many videos of him, many highlights. Most of these things are amazing. There is a lot of attention and hype around him. Some people even say it is the greatest hope of all time. I think he is already a good player. He’s been playing for a long time and I can’t wait to see him go to the NBA. I’m not going to say that we could play together, it would almost be tampering (laughs). We’ll see, in any case it’s clearly a possibility!

From New York, I drew my trust. When you grow up there, you definitely have a certain self-confidence, a certain style and a different mindset. I think everyone there is like that.

At the PSG training center, many of the young people you saw were of African origin, like you, whose family is from Guinea. How important are your roots to you? I know you went to Guinea in 2021 and your father came back to live there…
Yes exactly. Having a connection to one’s roots is important to me. This is my identity and I want the world to know it. To see players from Africa realize their dreams in a city like Paris is great. This is why training centers are also important. They give young people who don’t have all the opportunities to succeed. We are trying to build more and more things in Africa so that Africans are not forgotten. There is a lot of talent on this continent, whether in sport, business… It is a land of opportunities where it is possible to develop projects. We just have to come together. When this happens, I feel like the sky will be the limit. Africa can be as strong as it is.

You grew up in New York. What makes players from that part of the country always different and what part of your game do you feel is 100% New York?
Hamidou Diallo: From New York, I drew my trust. When you grow up there, you definitely have a certain self-confidence, a certain style and a different mindset. I think everyone there is like that. On the basketball field, there’s so much going on and so many different things you can do… New Yorkers have it harder than usual because of the nature of this city, the lifestyle they know there. Everything goes so fast in New York (she snapped her fingers several times). People don’t necessarily have time to worry about what’s wrong with others. Everyone is always busy and trying to achieve their goal. As a basketball player, it’s easy to forget you when you play there. That’s why most New York players have this kind of desire to prove and that sense of urgency in their game. I miss New York all the time. This is the best city in the world for me! 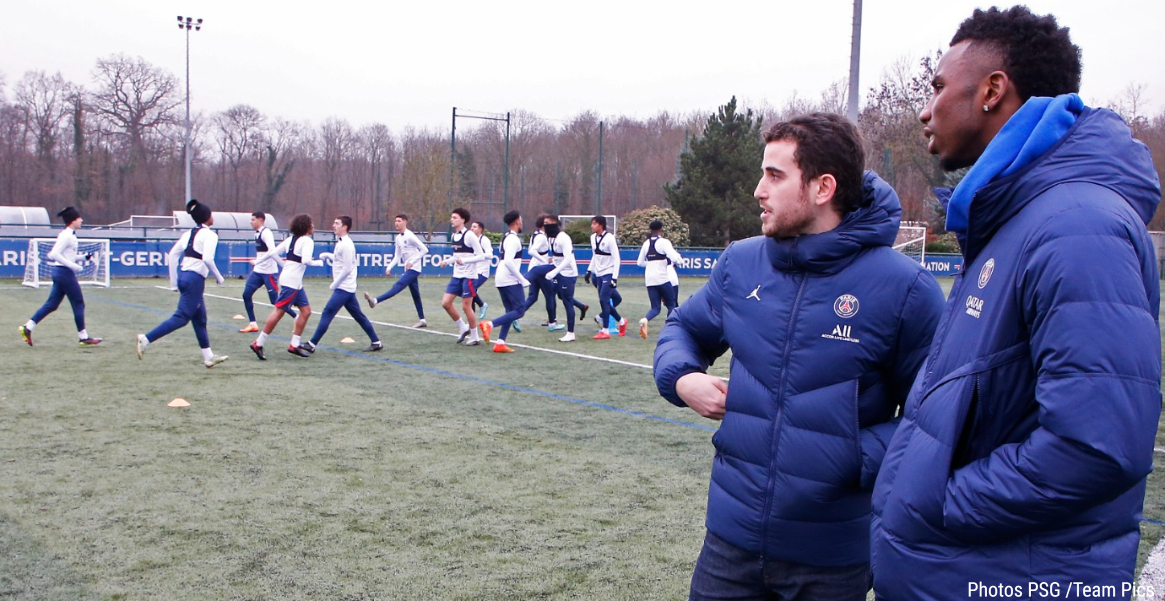 Shai’s game speaks for itself. Nothing was given to him, he went to everything he does now. If he continues like this, he could become one of the best players in the world.

This is only the second official NBA game in Paris in history, what was it like to be there?
Hamidou Diallo: It’s great to go overseas, to play for a different fanbase than usual. The environment and the space are also changing. Playing in Paris is a blessing. Many dream of it and for us it is a reality.

Do you speak a little French?
Hamidou Diallo: I spoke a little French then, but I lost most of what I knew over time. My father, my mother, even my siblings, speak French on the other hand.

We imagine Killian Hayes will be enthusiastic as the event approaches.
Hamidou Diallo: Killian is really excited to play in France and Paris. He hasn’t been back for a long time. Being able to play in front of his family and friends is great and he is receptive to the idea.

At Kentucky, you played with Shai Gilgeous-Alexander, who was becoming a key player and All-Star in the NBA. Did you always know he was going to be the player he is today?
Hamidou Diallo: Oh, you can say, he’s an All-Star now (laughs)! I always knew Shai would be a great player because he is a hard worker. That’s how he is. In the NBA, once you put in the work, you can reach any goal. When he got the chance to show it, he never looked back. His game speaks for itself. Nothing was given to him, he went to everything he does now. If he continues like this, I think he can become one of the best players in the world. No doubt.