Those are revelations published in the journal Science that makes a lot of noise: as early as 1977, the oil giant ExxonMobil was aware of the impact of human activities on the climate. The predictions of industry scientists proved correct, 40 years later. Downplaying or even denying the results, no alert for the general public and more polluting activities: this double discourse cost ExxonMobil legal proceedings…

“A disturbing accuracy” : these are the words used by one of the co-authors of the study published in the journal ScienceGeoffrey Supran, to qualify at modeling and predictions made by ExxonMobil about global warming. Scientists compared the oil group data (published in 2015 by journalists fromInside Climate News and Los Angeles Times) to other researchers at the time, as well as to temperature data from current global warming. Conclusion: ExxonMobil has long known that human activities are responsible for global warming.

In total, 32 internal documents produced by ExxonMobil scientists between 1977 and 2002 were analyzed by researchers from Science. In these documents are nested 16 temperature projections, and the result is clear: “10 of them are consistent with observations” (ie, an average warming of 0.2°C per decade). Of the 6 remaining projections, 2 are more alarming.

The problem is that these documents have never been released to the general public, although ExxonMobil has never denied their authenticity. However, the oil giant was accused double talkby denying the scientific reality of the work, or by continuing to release large amounts of greenhouse gases into the atmosphere through the burning of coal or oil. Legal proceedings were also launched against the company in the United States. ExxonMobil has consistently denied the accusations: “Those who talk about Exxon’s knowledge are wrong in their conclusions,” the group’s spokesman told AFP.

“Enough to take action and alert the public”

Professor Geoffrey Supran raised his voice, saying that ExxonMobil scientists “As much as independent scientists and government scientists know, and maybe enough to act and alert the public”. These revelations argue with the latest figures from the World Meteorological Organization, according to which the last 8 years have actually been the hottest recorded on the planet.

In front of the American Congress, during the hearing in 2019, one of the researchers working at ExxonMobil did not give more explanations on the quality of his predictions: “We are good scientists,” he said simply. An opinion not necessarily shared by former group CEOs: in 2000, Lee Raymond felt he could not “make reasonable predictions” due to a lack of “adequate scientific understanding of climate change”. As recently as 2013, Rex Tillerson opined that there are “uncertainties” about the “fundamental drivers of climate change”. Atmosphere…

Global warming is accelerating, as are extreme weather phenomena 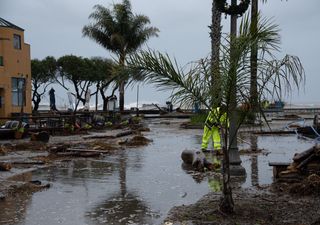 On NASA’s side, climatologist Gavin Schmidt did not put the opprobrium on ExxonMobil: according to him, “Exposing and shaming” the oil group does not help “big” to find solutions for the energy transition. However, an awareness of the main oil groups can provide the impetus for a mass movement in the industry to change the paradigm… Hope gives life, but for how long?