The 2012 Monte-Carlo was the Loeb/Elena duo’s last of the season. But fortunately for the public, the duo began 2013 with a reduced season in the form of a farewell tour…

But there are serious contenders ahead with the Ogier/Ingrassia duo starting the Volkswagen Polo WRC!

The winners of the 2012 edition and six-time winners of the event, Sébastien Loeb and Daniel Elena are of course the favorites in this 81st edition. The Franco-Monegasque duo is joined at Citroën by Dani Sordo and especially Mikko Hirvonen. The Finn, winner of Monte-Carlo 2010 (in IRC) is of course keen to prove that he is now number 1 at the French manufacturer.

At Ford it was “Rallye-Jeunes” with 4 hopefuls: Mads Østberg, Juho Hänninen, Evgeniy Novikov and Thierry Neuville. Finally, the great unknown inhabitant of the novelty of this 2013 edition: the Volkswagen Polo WRC and its 2 drivers Sébastien Ogier and Jari-Matti Latvala. Although Sébastien Ogier won Monte-Carlo in 2009 and has been Loeb’s main rival, this will however be his first Monte-Carlo start at the wheel of a WRC… 2011 Monte-Carlo winner Bryan Bouffier started privately Citroën DS3 WRC.

On the 2-wheel drive side, Sébastien Chardonnet (the third Seb!) finds himself the big favorite in the category following the departures of Mathieu Arzeno, Stéphane Consani and Quentin Gilbert…

From the first lap in Ardèche, Ogier proved that the Polo WRC was indeed born by signing off the scratch on the slightly icy Le Moulinon-Antraigues special! Loeb finished in 3″7 but for their opponents the gain was already high, third, Sordo finished in 20″2… In the special Burzet-Saint Martial, Loeb pointed to the record and led the rally at the end of 10.4 ahead of Ogier.

The Alsatian will never let go of the racing controls! In the second loop, Loeb signed 2 scratches and the Burzet-Saint Martial special smiled at him again: Hirvonen finished in 34.4, Ogier in over 50 seconds! Loeb knocked out the competition and returned to the park with 1′ 20.3 ahead of Ogier!

The second stage was still taking place in Ardèche and Ogier again won the opening special, this time ahead of Novikov who was also given a scare… The amazing Russian driver continued to attack and won the 2 specials to take the provisional fourth place between Sordo and Hirvonen! No chaos in the afternoon with 2 new scratches for Loeb and a scratch for Hänninen in the snowy Saint Bonnet special! 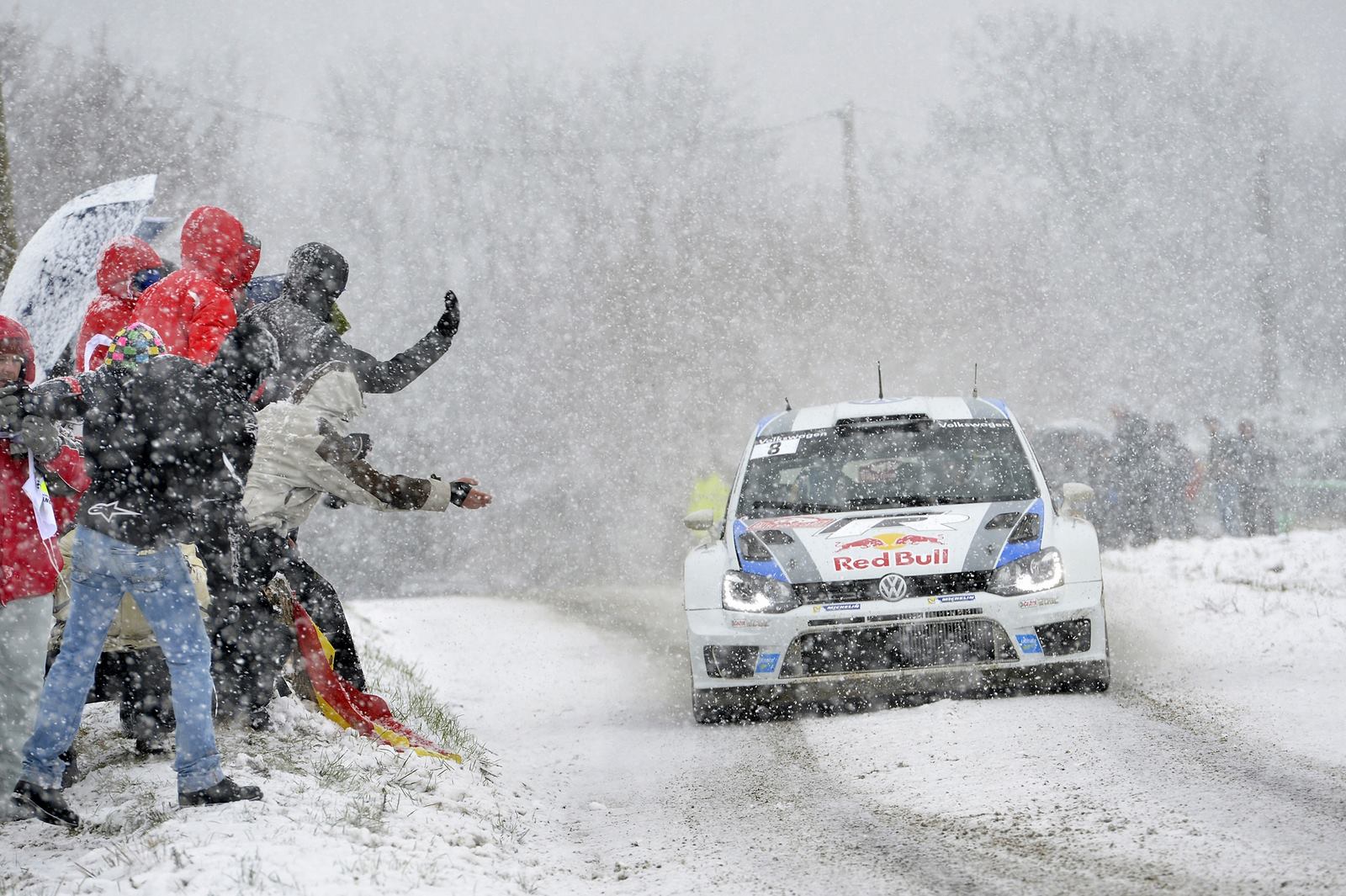 The third stage had only 3 specials, Loeb won 2 but Østberg surprised Saint Nazaire le Désert-La Motte Chalançon. Overall, Loeb and Elena slowly made their way to a 7th Monte-Carlo victory by returning to the park with a 1’35” 3 lead over Ogier/Ingrassia! Novikov took third place.

The last day was not easy with 5 specials in the program but 3 passages in Turini in very difficult conditions! The first pass was a delight for Bouffier, who scored his first WRC scratch there with a 29.1 lead over Østberg! But this special was disastrous: 56 competitors at the start, only 45 at the end of the 24 kilometer special! And among the retirements there are at least: Novikov, Latavala and Hänninen!Turini did not disappoint his legend. 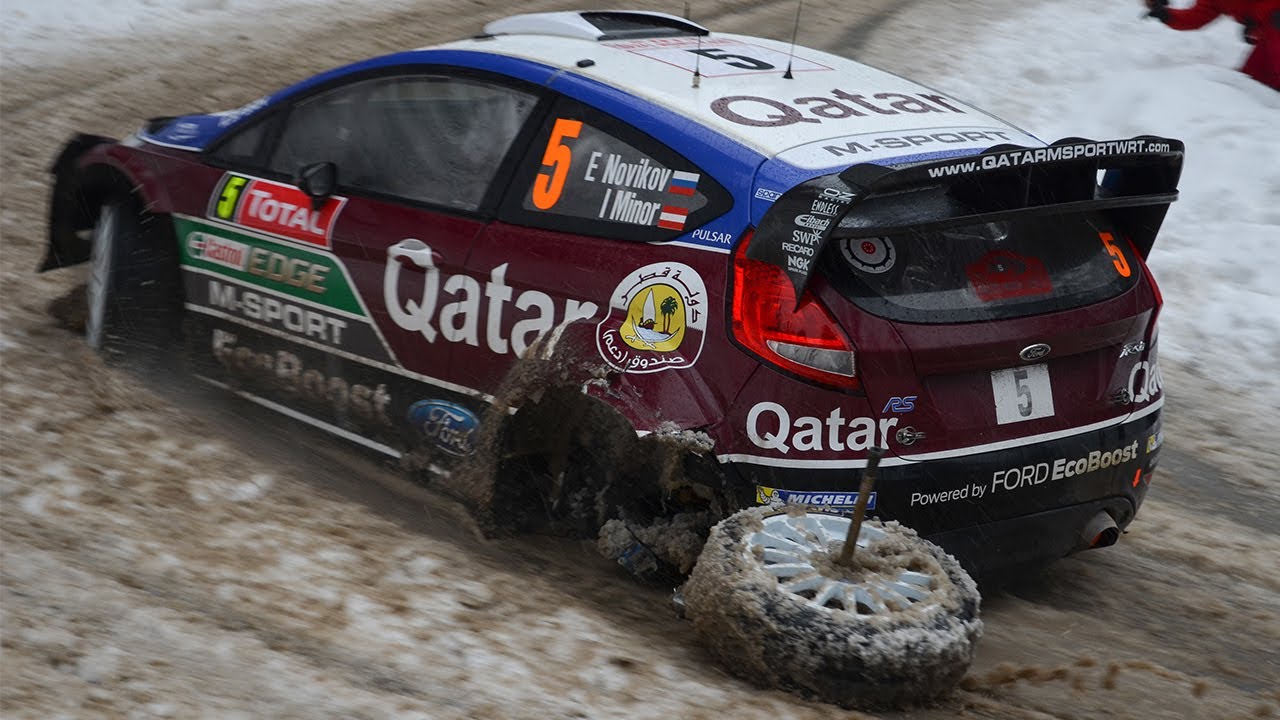 The other special of the day was the Lantosque-Lucéram special, there the conditions were also difficult, Dani Sordo won and consolidated his third place but at the wheel of their “small” Citroën DS3 R3T 2 wheel drive, set by Crugnola and Chardonnet the 7th and 8th time respectively!

The second pass at Turini saw Loeb sign off on the scratch, Østberg made a mistake and lost over 6 minutes allowing Bouffier to take 5th place! Unfortunately, while the second passage in Lantosque-Lucéram and the third passage in Turini were on the program, these last 2 specials were cancelled…

The Loeb/Elena duo therefore won their 7th Monte-Carlo, their last win together… A big and great victory to start what will be their first farewell tour! Behind them Ogier/Ingrassia proved that Polo is well-born and will show from 2014 that they have fully grasped the torch!

Sordo signed his last podium there in Monte-Carlo. 5th, Bryan Bouffier achieved a superb performance while Chardonnet finished 15th and took first in 2 wheel drive. Unfortunately, 2013 was also the last time Monte-Carlo ventured to the Ardèche… 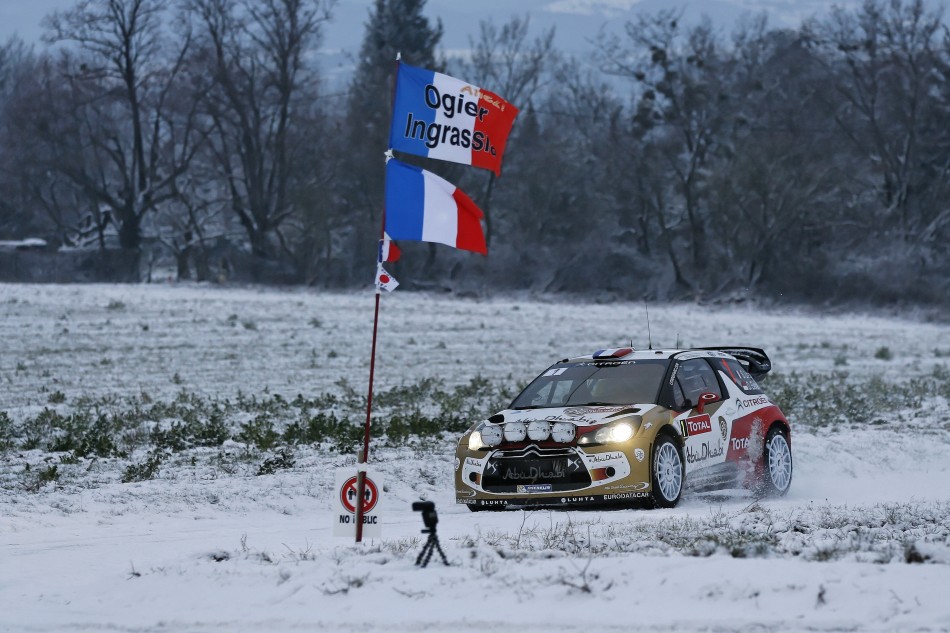