The annual global meeting for new technologies, CES in Las Vegas is attracting more car manufacturers. After six years, Volkswagen is back at it this year to lift part of the veil on the ID.7. A 100% electric sedan to replace the Passat. Ahead of its full presentation next spring, Volkswagen presented it in Las Vegas in a clever and interactive camouflage. The sedan is actually hidden under a digital camouflage design using a new vehicle paint. Consisting of 40 layers that are sometimes conductive, sometimes insulating, it reveals the ID.7 through interactive lighting. 22 individually controllable areas of the vehicle are electrified (electroluminescence) and can be illuminated. With this QR code-style cover, we can guess the shape of the styling elements, especially the headlights and lights.

Volkswagen announces a range of 700 km 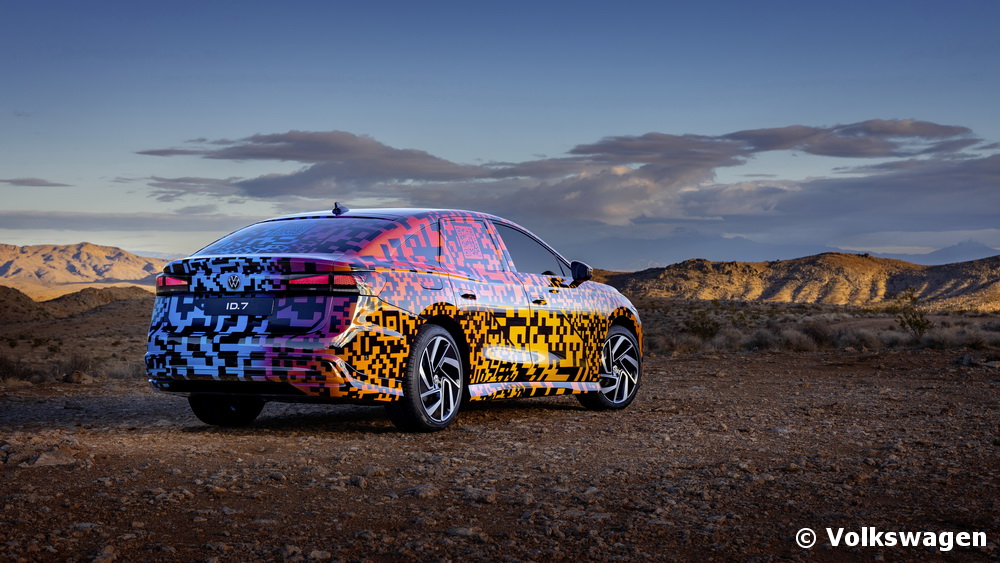 In addition to this camouflage that partially hides it, Volkswagen has also provided very few technical details on the future ID.7. The manufacturer is content to say that this sedan will offer innovative technology and quality. However, he went ahead by announcing that it will benefit from a range of up to 700 kilometers in the WLTP cycle. A greater autonomy than the ID.4 which, with its battery with a capacity of 77 kWh, only promises 530 km. The aerodynamic design of this sedan makes it possible to see great progress in terms of autonomy. However, they may prove insufficient to reach 700 km of autonomy. As a result, one can imagine that the ID.7 could have a battery with a higher capacity. A battery that could allow the use of the new MEB-Evo platform presented by the Volkswagen Group recently.

ID.7 reflects the design language of the entire ID family. The use of the modular electrification platform MEB allows for an aerodynamic design and a spacious interior concept. The advantages of this platform with short overhangs and a long wheelbase (2.97 meters) can be found in the passenger compartment. They give the ID.7 the character of a large top-of-the-range saloon that offers a sense of space with particularly generous dimensions. In addition, Volkswagen paid particular attention to the aerodynamics of the front end and the roof. This contributes to reducing energy consumption and increasing autonomy. Through air intakes at the front allow air to flow purposefully to the rear. Thus they created a wind curtain » which slows the air flow to the sides of the vehicle. The plunging roof partly explains the good drag coefficient of the ID.7. 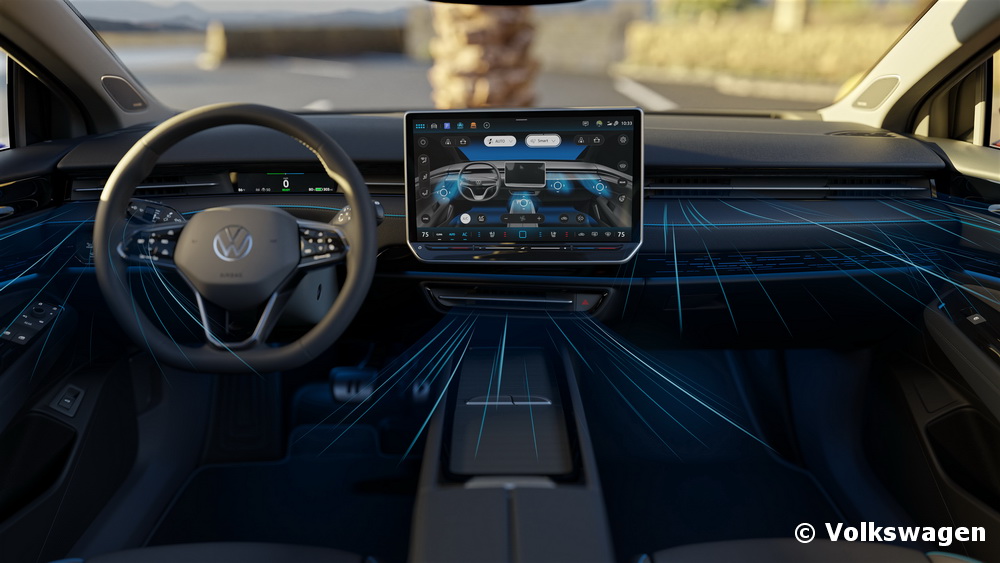 Stingy on the technical characteristics of its future sedan, Volkswagen has revealed more details about the technological innovations of the ID.7. Innovations that first seek to meet certain needs of its customers. Thus, the ID.7 will benefit from a new digital interface that is more ergonomic than the criticized one of its latest models. The new system is based on a large 15-inch central touch screen, which eliminates almost all physical controls. In particular, it allows you to control the entire infotainment system and also includes new, easier-to-use software. For example, air conditioning controls are no longer hidden in submenus. They are permanently displayed at the bottom of the screen. The ID.7 also features an all-new augmented reality head-up display. It also embeds a good dose of artificial intelligence to learn and respond to the driver’s habits.

With the ID.7 capping its range of electric models, Volkswagen is ramping up its electric offensive. An offensive that will result in the launch of ten new electric models by 2026. The manufacturer aims to extend the success of its ID family. in the premium sedan segment. A part that no longer has wind in its sails, but will soon revive its vitality. Sedans should really benefit from their excellent characteristics in terms of efficiency and aerodynamics. The electric equivalent of the Passat, the ID.7 will be sold in three main markets: China, Europe and North America. The first launch will take place in China, before that is planned for the European market in the fall of 2023. The version intended for the European market will come out of the Volkswagen plant in Emden, in the North-West of Germany. A factory that already produces ID.4.