A day after unveiling its new ROG-stamped gaming PCs, Asus has lifted the veil on its computers designed for creativity and productivity.

As the presentation begins, three words are clear: power, creativity and innovation. A great program that starts a small revolution in the PC world. For the first time in the world, equipped with portable computers screens capable of displaying 3D images without you having to wear glasses.

3D does it come back

baptized ASUS Spatial Visionthis technology is based on an OLED screen and allows “Live immersive 3D experiences on a laptop” Asus wrote in its press release. How does this work? Lenticular glass and a camera with eye-tracking technology enable the screen “weave separate images for each eye, resulting in an autostereoscopic 3D image.”

In fact, users will be able to switch from a 2D view to a 3D view at will. It is intended mainly for creators (such as 3D designers for example) who can see the details of objects or 3D effects directly on the screen, without having to create physical prototypes. Thank you Spatial Vision Hubusers can too watching videos or playing 3D games.

From a technical point of view, these screens also have something to please the most demanding users. With a contrast ratio of 1,000,000:1, a response time of 0.2ms and a refresh rate of 120Hz, these are among the most attractive screens for this type of product.

All hardware is powered by artificial intelligence, a new pillar of software innovation in the industry. “AI is creeping into creative workflows, allowing artists to go from concept to completion faster than ever before” said Jason Paul, vice president and general manager of NVIDIA Studio. And add:

A range of new ASUS PCs 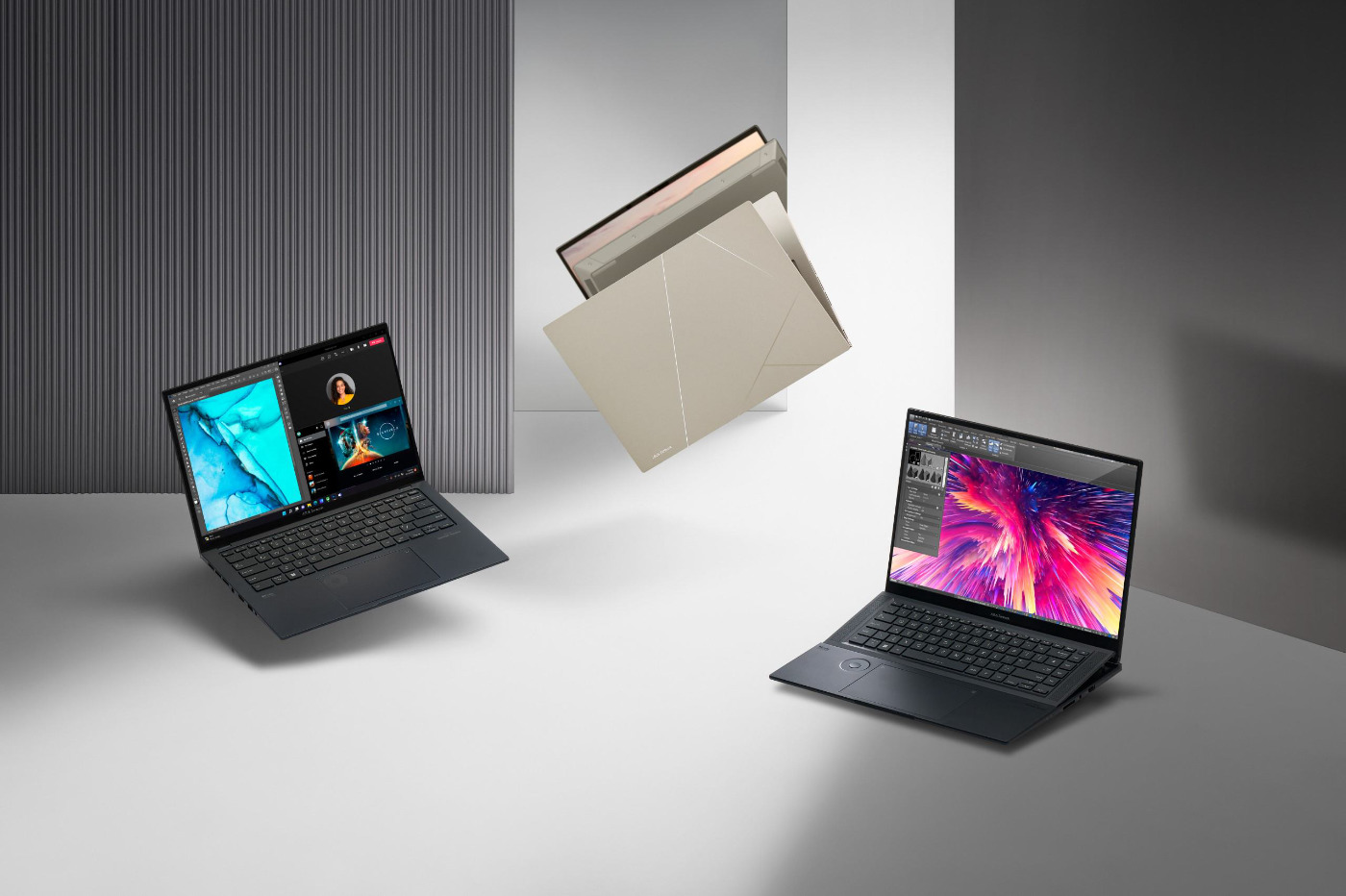 To show all his knowledge, so Asus distributes all these innovations in several product lines, from laptops (Vivobook, Zenbook) to monitors (ProArt) through professional machines (ExpertBook) or Chromebooks. Two models, however, attract more attention because they are the only ones to embed 3D OLED screen technology.

The first, the ProArt Studiobook 16 3D OLED, is an all-in-one workstation. The 3D screen also displays content with 3.2K definition and a refresh rate of 120Hz.

Under the hood, it has a 13th Gen Intel Core i9 processor, NVIDIA GeForce RTX 40 Series graphics card, and up to 64GB of RAM. Everything is replaced by ASUS IceCool Pro thermal technology, which helps prevent temperature rise while working quietly.

Finally, the DialPad (rotary control) comes with a haptic touchpad compatible with a stylus. A perfect tool for creators.

The other star of these new PCs is the Vivobook Pro 16X 3D OLED. It is also equipped with a 3D OLED screen with a 3.2K definition and a refresh rate of 120 Hz. Its technical sheet is the same as the ProArt Studiobook 16 3D OLED: Intel Core i9, GeForce RTX 40 Series, 64 GB of RAM LPDDR5 and here is a 2TB SSD.

The remaining ranges are an improvement over previous generations with the latest technologies, including chips from Intel and AMD as well as the latest graphics cards for laptops presented by NVIDIA.

In addition, Asus presented new models of the TUF Gaming range, dedicated to PCs playing but did not flock to the ROG brand. They are particularly distinguished by their excellent price-performance ratio.

Regarding the prices, Asus has not yet contacted the models equipped with a 3D OLED screen, or some professional models. Here are the prices known so far: