The phenomenon is known in the state of Florida (USA), but he never ceases to amaze the world: freezing iguanas in winter, in very cold conditions like the cold snap that just happened, can be dangerous because of the possibility of them hitting people and/or vehicles. 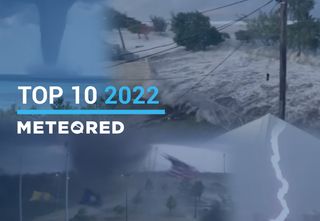 Most South Florida Iguanas originated in the warmer climates of Central and South America, where they don’t have to deal with low temperatures. Thus, the iguana’s body inhibits certain functions of the nervous system to maintain heat in vital organs.

Immobile on the ground, they appear dead, but officials warn that in most cases they recover quickly when temperatures rise.

These cold-blooded green iguanas rely on the heat outside to regulate their body temperature. When it is below 10°C, many of them go into a state of hibernation that makes them lethargic.

To survive in colder conditions, Iguanas slow the rate of their bodily processes, including blood circulation and their heart rate, to a crawl. They even change color from a bright green to a more gray color.

When the temperature rises, they return to their normal physical state. Turtles, snakes, and other reptiles are also cold-tolerant animals that thrive in freezing conditions.

Adult green iguanas can grow up to 1.5 meters long and weighing up to 17 kg for males. For this reason, the collapse of this frozen animal forms a potential hazard and may cause harm. Falls usually happen when they sleep in trees and lose their grip.

When it’s cold in the state of Florida, it is common for the National Weather Service in Miami to issue warnings of “iguana fall” to warn the population of this phenomenon.

The recent winter storm that hit the United States was not a winter storm like any other. With more than 50 dead, millions of homes without power and thousands of canceled flights, more than 60% of the population experienced some type of winter weather warning or advisory.

The National Weather Service of Miami confirmed it the coldest Christmas on record in terms of maximum temperature, values ​​are usually no more than 10°C in the state.

According to BBC News, the Florida Fish and Wildlife Commission Issued a warning on his Twitter account during the recent arctic cold spell.

“With cooler temperatures this holiday weekend, you may see non-native green iguanas in a state of dormancy, where they temporarily lose all muscle control. You may even see them fall from trees, ” wrote the organization. audience.

“Whatever you do, don’t bring wild green iguanas into your house or car to keep them warm! They can recover faster than you think and fight in defense, with their long tails and sharp teeth and claws,” they added.