At the beginning of 2022, Volkswagen filed a patent for a very special hydrogen fuel cell, which could allow future hydrogen cars to have a range of around 2,000 km by 2026. Good idea or chimera? We will explain everything to you.

The hydrogen car makes a lot of noise today. At the 2022 Paris Motor Show, there were two prototypes: the Namx HUV and the Hopium Machina. The two manufacturers are French and intend to surpass the two hydrogen cars currently in existence: the Toyota Mirai and the Hyundai Nexo. Other manufacturers are actively working on the topic, such as BMW with the future hydrogen X5.

For its part, the German manufacturer Volkswagen is also preparing for the arrival of hydrogen vehicles, as evidenced by a patent filed at the beginning of the year and seen by Business Insider. It describes an innovative method for designing a fuel cell membrane: using ceramic instead of plastic. The boss of Kraftwerk, a company specializing in fuel cells, also participated in the drafting of this patent. And the man brings some interesting details.

According to him, this new fuel cell will be ready to be deployed in early 2026 in hydrogen cars. But be careful, we are talking about a limited quantity, around 10,000 cars. Not enough to replace thermal or electric cars. Other information is related to autonomy, as the person promises up to 2,000 km of autonomy with one tank of hydrogen.

The many constraints of the hydrogen car

However, should we believe in this hydrogen car project? Obviously, there are many nuances and contradictions to these apparent advantages. Yes, a car can be filled with hydrogen in five minutes. Yes, the autonomy is higher, for now, than an electric car. On the other hand, many obstacles make the hydrogen car a bad friend in the fight against global warming.

Note that a hydrogen car has a lower yield than an electric car, due to the conversion of hydrogen to electricity. In other words, for the same number of kilometers traveled, the hydrogen car consumes more electricity than the electric car. It is a problem when the amount of energy produced is not infinite and the uses related to electricity (heating, industry, transportation in a broad sense, etc.) will increase in the coming years.

The hydrogen car: too energy intensive

The electric vehicle requires the adaptation of the global electricity network, to absorb the increase (relative as proven by the latest RTE study) in peak consumption during recharging. In this small game, the hydrogen car may require greater network adaptation, due to the increase in total consumption compared to the electric car. Some experts qualify this by pointing out that hydrogen can be stored more easily than electricity. What is real? But it is also possible to store hydrogen for electric vehicles. 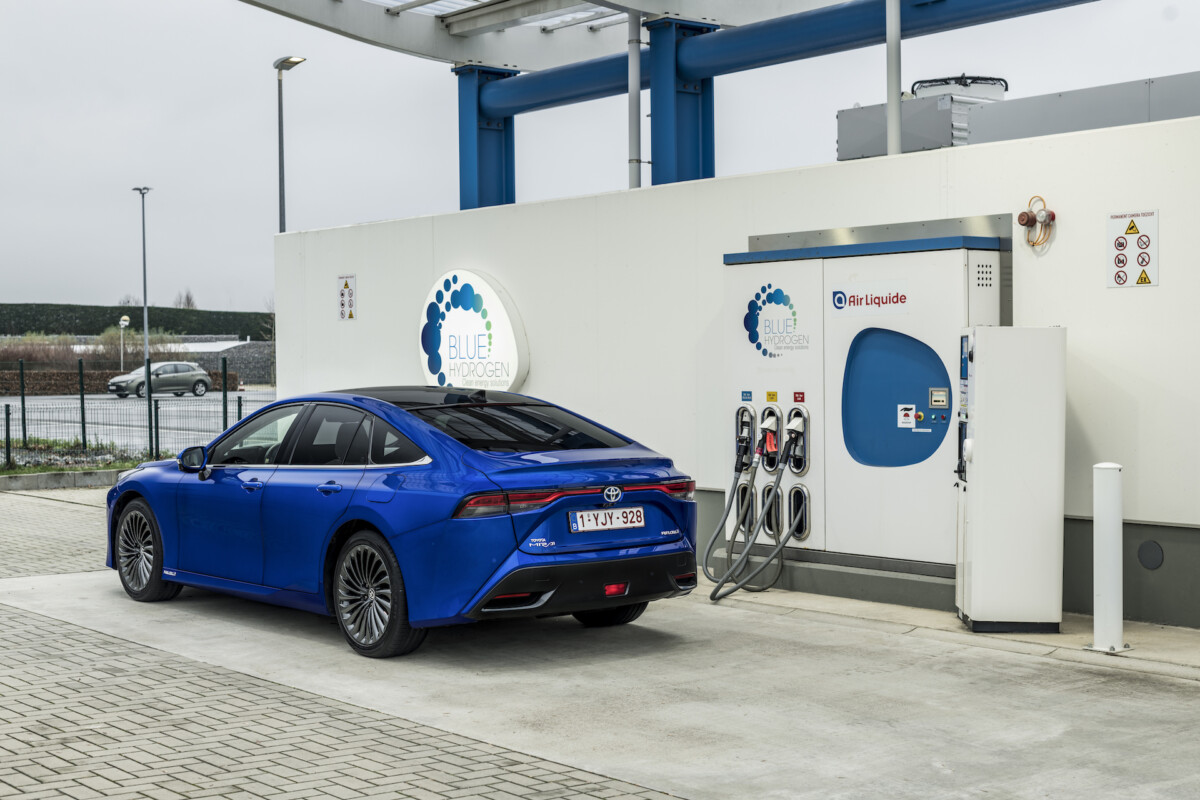 Hydrogen also poses a safety problem, in the event of an accident or when filling tanks, due to the risk of leakage. Hydrogen is actually a gas with a very high global warming potential. It is for this reason in particular that the IPCC recommends the use of hydrogen in heavy transport, ie maritime or air transport as well as heavy goods vehicles.

And that’s without counting the exorbitant cost of charging stations to fill up with hydrogen. More expensive than an electric charging station, because it is more complicated to implement.

The hydrogen car will never replace the electric car

On Volkswagen’s side, it is possible that this patent will never lead to the marketing of a hydrogen car. Herbert Diess, the former boss of the German group, is remembered against the hydrogen car as evidenced by his tweet from May 2021. Olivier Blume, who succeeds him in September 2022, may be less closed to hydrogen, as he is a supporter of synthetic fuels that use hydrogen.

Note that Volkswagen has worked in the past on prototypes of hydrogen cars, called HyMotion: this was in 2014. Since the beginning of the year, Volkswagen has filed other patents related to the hydrogen car, often in collaboration with Audi, as mentioned by the site H2-Mobile.

As for electric vehicles, major innovations are expected in the coming months and years, regarding autonomy and charging speed. From 2023, an electric vehicle with a range of 1,000 km is expected in Europe, as well as technology from the Chinese giant CATL that can recharge the battery in 10 minutes. The latter provides the technology to reduce this time to 5 minutes in the coming years.

And that’s without counting the battery exchange system, which is already in place in Europe thanks to Nio, which allows you to “recharge” (or rather exchange) the battery in 5 minutes. The hydrogen car will therefore have a hard time finding a place in front of the electric car.

At the Paris Motor Show, two French manufacturers presented their hydrogen car. Crédit Agricole has announced that it has ordered 10,000 copies of Hopium Machina. But we explain to you why all this is not…
Read more