If Lenovo is taking advantage of CES to launch the latest versions of its ThinkPad X1s, don’t expect any big news. The Chinese manufacturer continues to reduce the size and weight of its terminals while improving their performance with the 8th generation of Intel chips.

Lenovo’s latest ThinkPad X1 series laptops, including the Carbon and Yoga, are already some of the best machines in their class. At CES 2019, the manufacturer is making its computers thinner, lighter, and faster with the latest Intel Whiskey Lake Core processors. Without leaving waiting for the price of these two terminals, the ThinkPad X1 Carbon – which is its seventh generation – will be sold from June 2019 at a price of 1195 € HT. While the Yoga version – fourth generation with aluminum chassis – will reach 1349 € HT and will be sold in the same month.

We expect to find the latest generation of 14nm Intel Core chips in its computers, but Lenovo hasn’t said which specific processor architecture is being used. One of the advantages common to both terminals is that Lenovo continues to improve the display, with options such as Dolby Vision and HDR400 certification, as well as 500 nits output in 4K options and 400 nits in 1080p screen. Which brings in more light than many laptop screens. 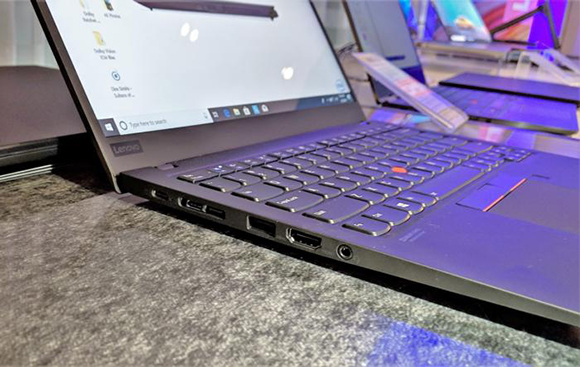 At its thinnest point, the X1 Carbon is just 1.5cm thick. (Credit: IDG)

Lenovo’s thinnest and lightest laptop now features a woven carbon fiber finish, according to the company. While it doesn’t appear any lighter – it still weighs around 1.12kg – Lenovo reports that it’s slightly thinner, 14.95mm at its narrowest point. Some key features remain, including the webcam cover (ThinkShutter) that protects the RGB and infrared depth cameras. Four wide-field mics are installed for Cortana support. Now there’s also a four Dolby Atmos speaker system. 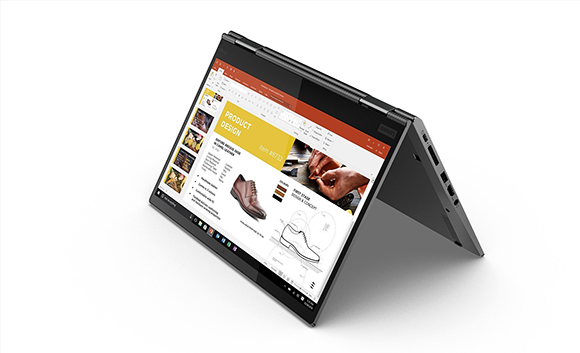 While the Carbon can only open to 180, the principle of the Yoga can be changed to 360. The latest X1 can be folded in tent mode. The 2019 model has an aluminum chassis and weighs around 1.4 kg. That’s about the same weight as the third-generation Yoga X1. The webcam is the same as the Carbon model. 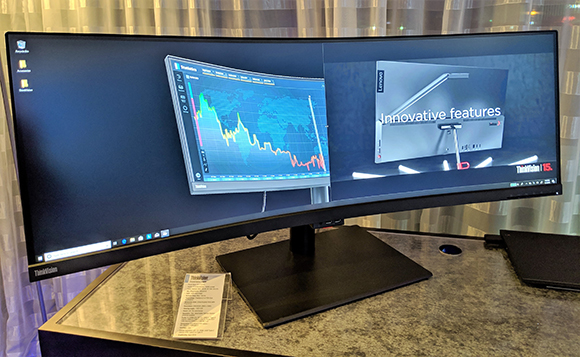 Finally, the vendor also announced the ThinkVision P44W, a rather impressive 43.4-inch ultra-wide monitor with 3840×1200 resolution and 144Hz refresh rate, 4 ms, HDR400 and AMD FreeSync. There’s even a removable Harman Kardon speaker and picture-in-picture capability, allowing two video inputs simultaneously on the same monitor. It will be available in April at a price of €908 excluding VAT.