Microsoft’s Surface Laptop range is the direct competitor to the MacBook line. Both lines of computers are built by their operating system developers, use high-end components, and feature an aluminum unibody shell.

So we can expect both sets to aim high in terms of performance and functionality. It’s hard to argue that Apple has pretty much nailed it with the latest MacBook Pros. Microsoft, however, seems to be lazier and I think it’s starting to handicap the Surface line.

Even with the precision-machined chassis and incredible performance I couldn’t overlook the extra-wide bezels and no one could forgive me its mediocre webcam for the price. It’s a shame, because the system is great overall.

How is the build quality? 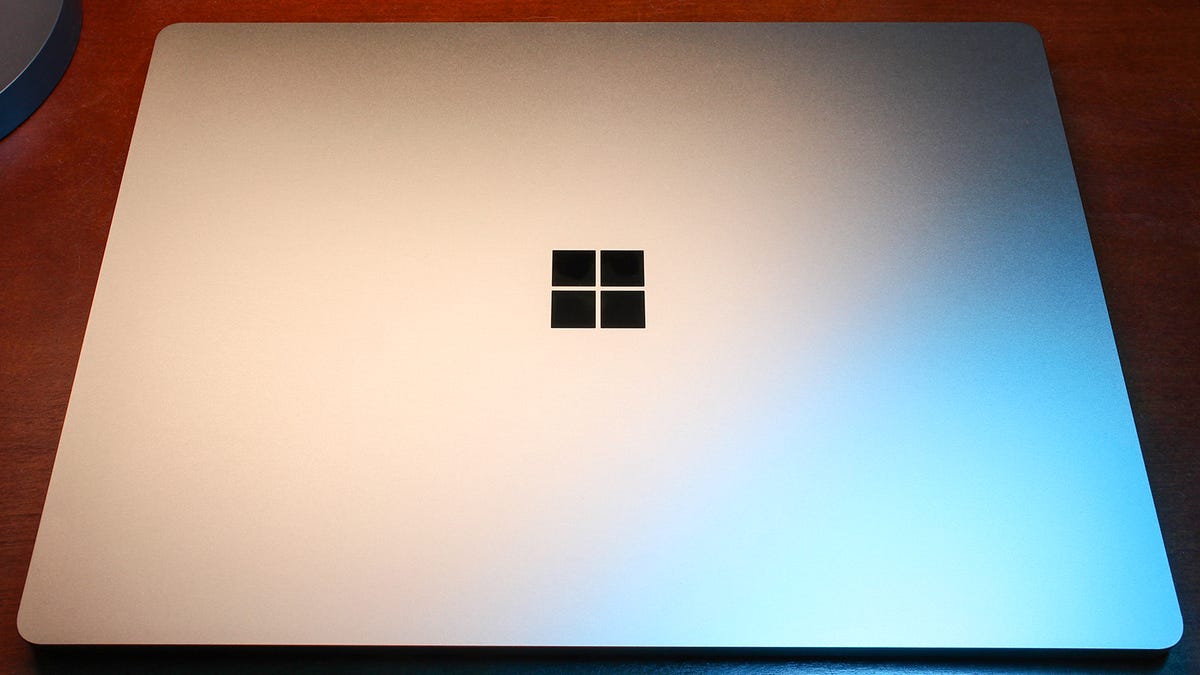 If you want the short answer: this is the best-built Windows laptop you can buy.

If you want a longer answer: Microsoft has managed to create a clean and minimalist computer that no one but Apple seems to be able to emulate. From the slightly reflective Windows logo to the chassis machining, the Surface Laptop can match or beat any Windows-based MacBook or laptop.

Even aspects you can barely see, like the built-in cooling vents, show a level of dedication to remarkable detail. 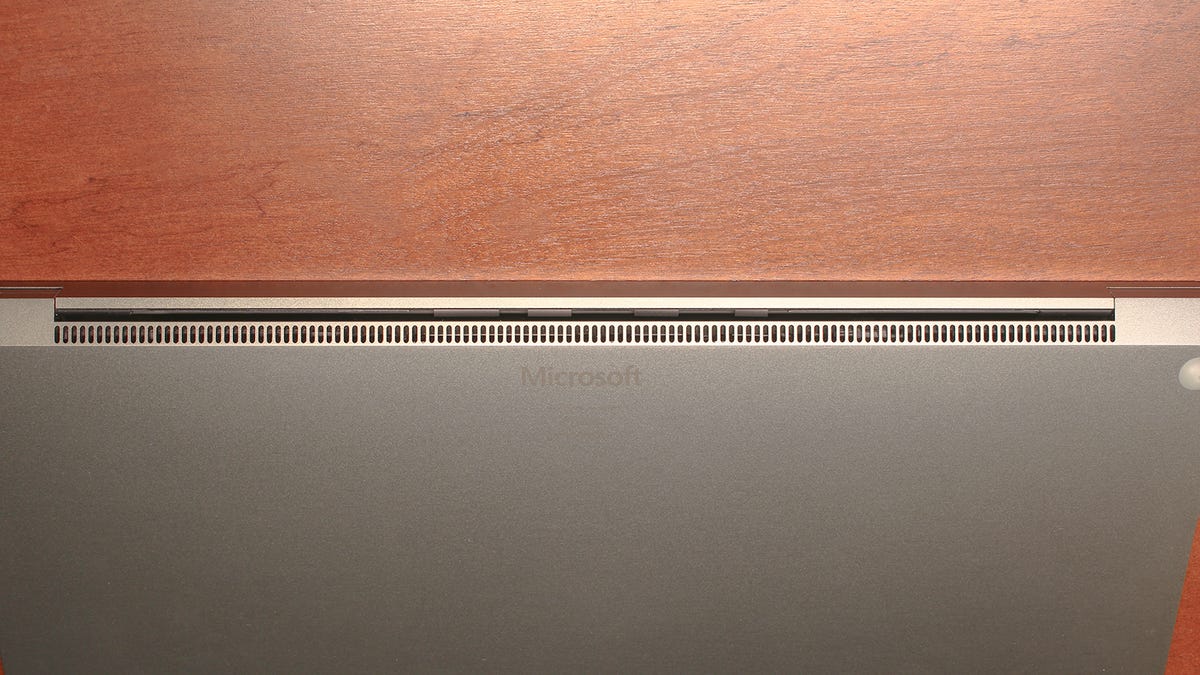 
A note on materials : My test unit was the all-aluminum model. Microsoft also offers configurations with Alcantara on the keyboard. If you hate the feeling of cold metal on your wrists, this can be a good choice. But, before buying, I advise you to think about how this material will stand up to your use. 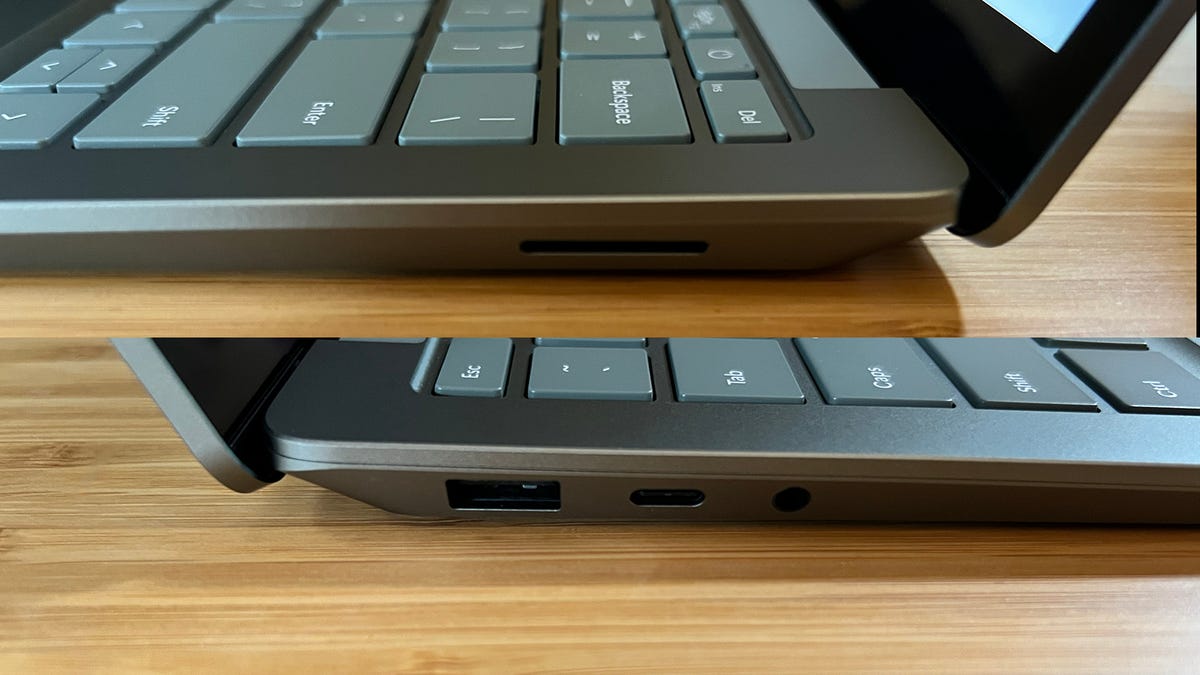 The selection of ports on the Surface Laptop 5 is quite expected. This is a good thing. The company recognizes that many USB-A devices still exist, which is why it includes a USB-A port. Also, you get a USB-C port, with Thunderbolt 4 support, meaning it can connect to a whole host of peripherals (storage, power, displays, etc.). Something to satisfy everyone, even if the connectivity is not very generous.

Microsoft may have added USB ports where the Surface Connect port is. This jack, which hasn’t changed much since the first Surface, is the only one on the right side of the laptop. I have two problems with this port.

First, I’m not a fan of proprietary connectors. It can do a great job of connecting to Surface-branded docking stations, but USB-C will do as well as it’s more universal. 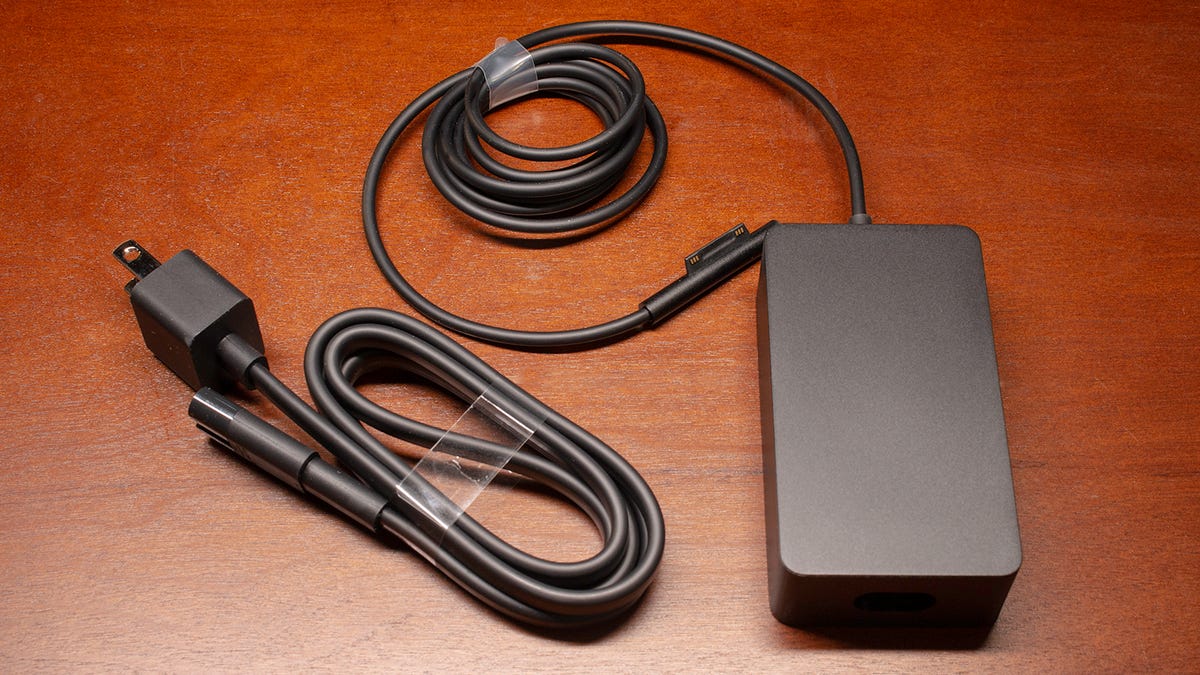 Second, I’ve found Surface chargers, like the one that came with this laptop, to fail more often than chargers from other manufacturers. Not only do the tiny contacts seem prone to corrosion, but the magnets that hold the fin in place seem to lose strength over time. Fortunately, there is a second method of charging that we will discuss below. 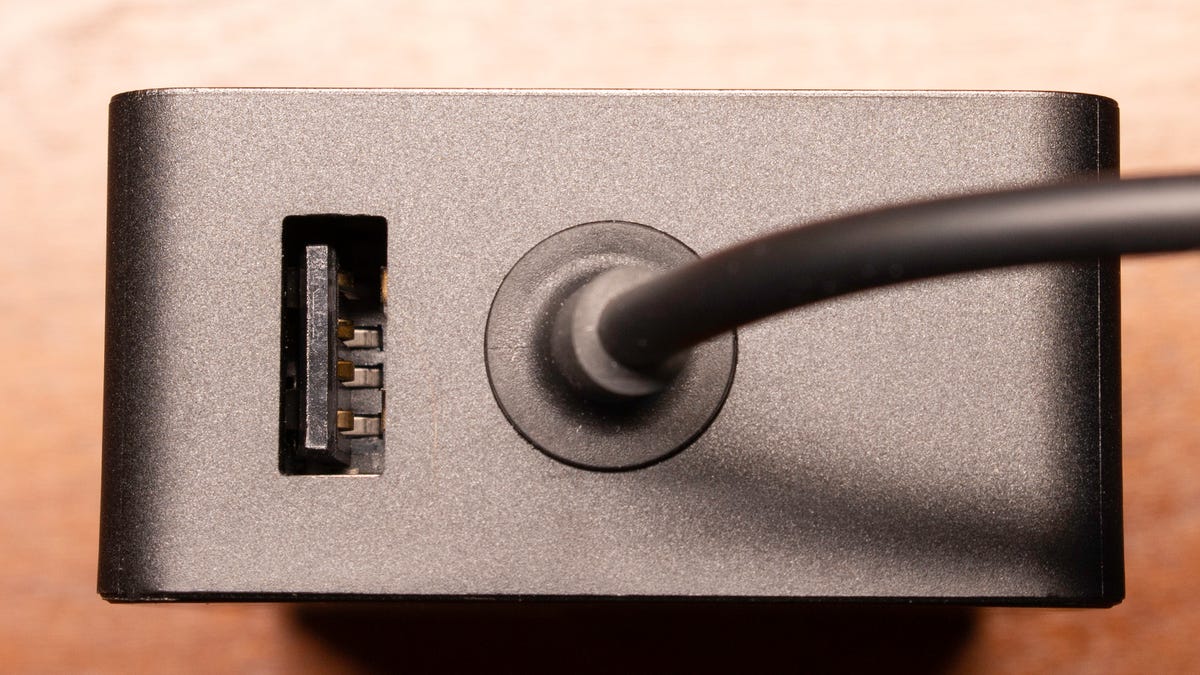 The charger itself retains a very practical feature: a USB-A port. This is useful for charging almost anything you want. However, I would have preferred an extra USB-C port or two instead of the Surface Connect port. This is just the first of the obsolete parts we’ll talk about here. 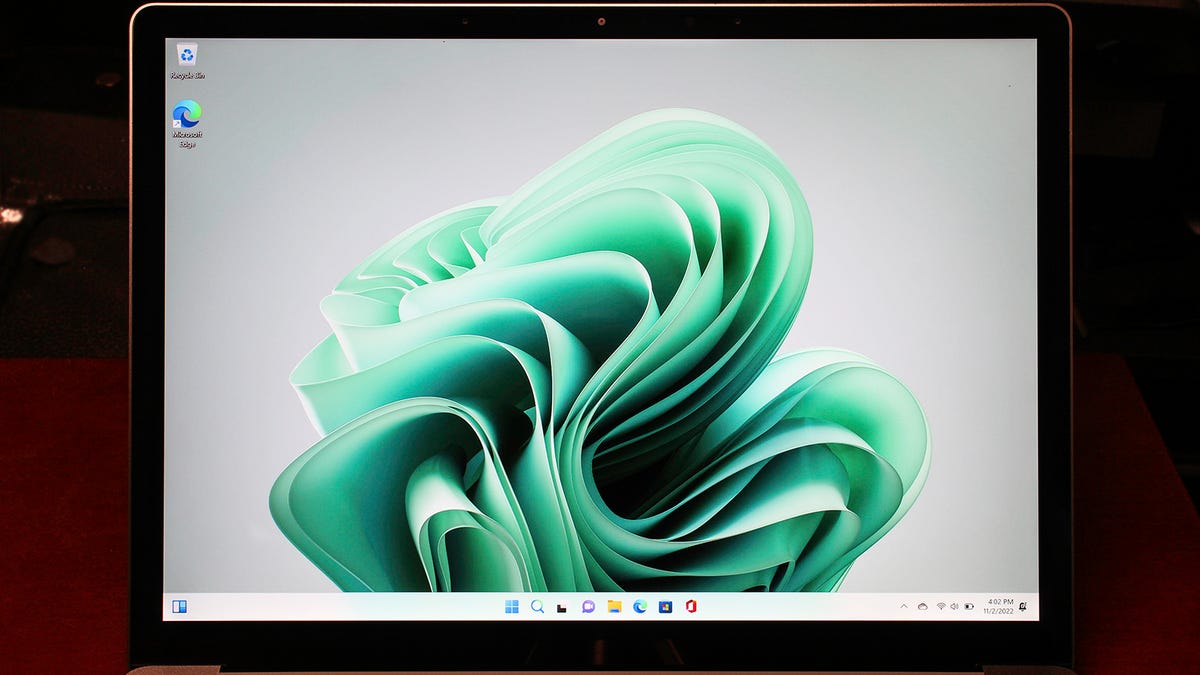 Let’s also talk about the edges of the screen. These black spaces around the slab are almost non-existent in modern smartphones, and almost all manufacturers of laptops, monitors and TVs have reduced them to a minimum. Not Microsoft.

The 2256 x 1504 display is stunning, bright enough for outdoor use and boasts impeccable pixel density and colors. But all of that is marred by the ledges that surround it. Maybe I’m being too picky here. But if you look at the Lenovo ThinkPad Z16, you’ll see screens with their bezels reduced to a minimum. 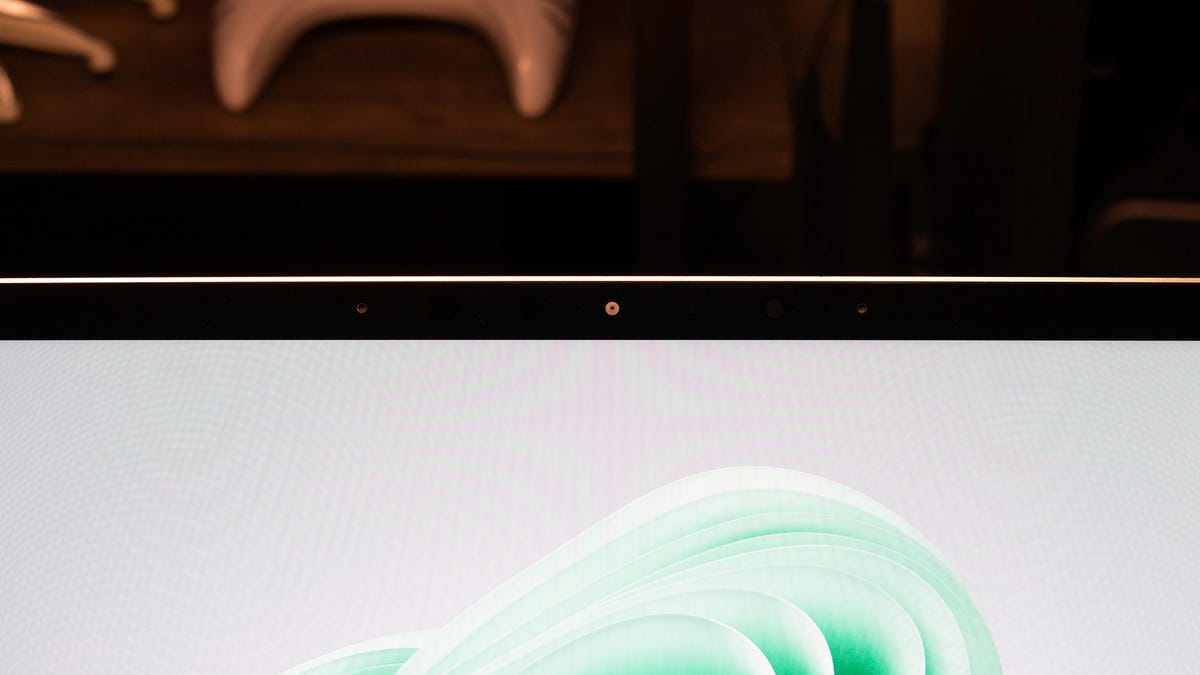 In the middle of the top border is the worst decision Microsoft made for this laptop: its webcam. Windows Hello support is nice, but the 720p resolution is inferior. 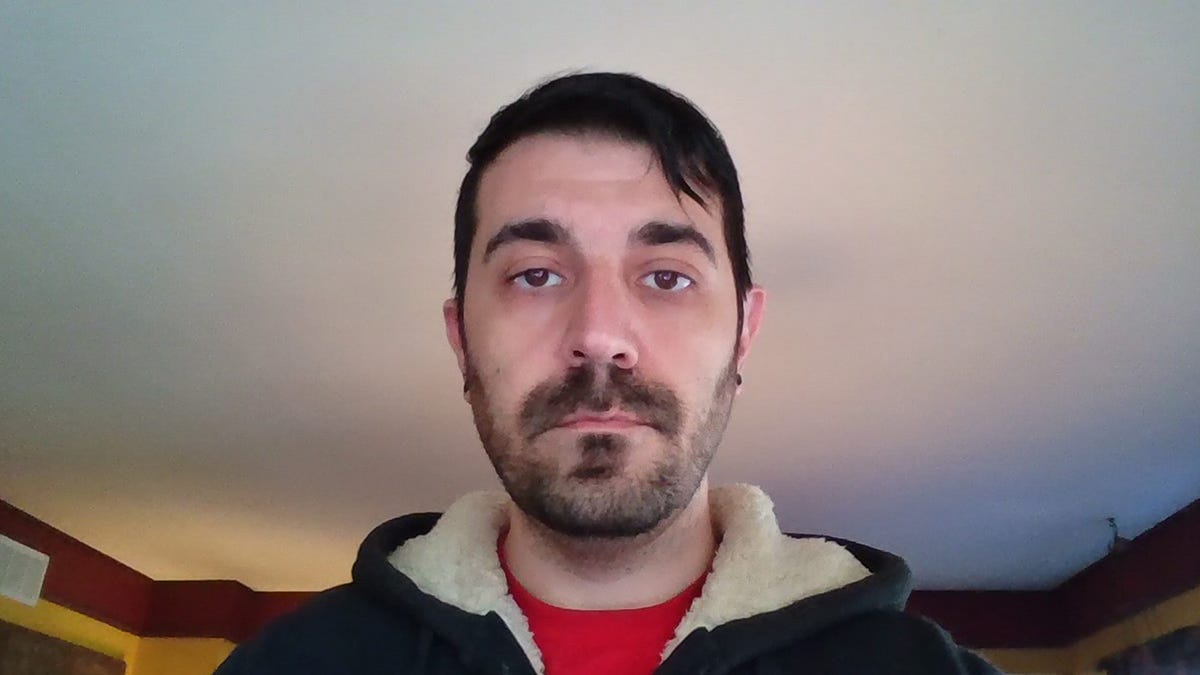 A Microsoft spokesperson said in a recent presentation that the company’s customers are still happy with the 720p quality and that Windows 11’s built-in software processing makes the camera perform better. Statements that can be doubted. 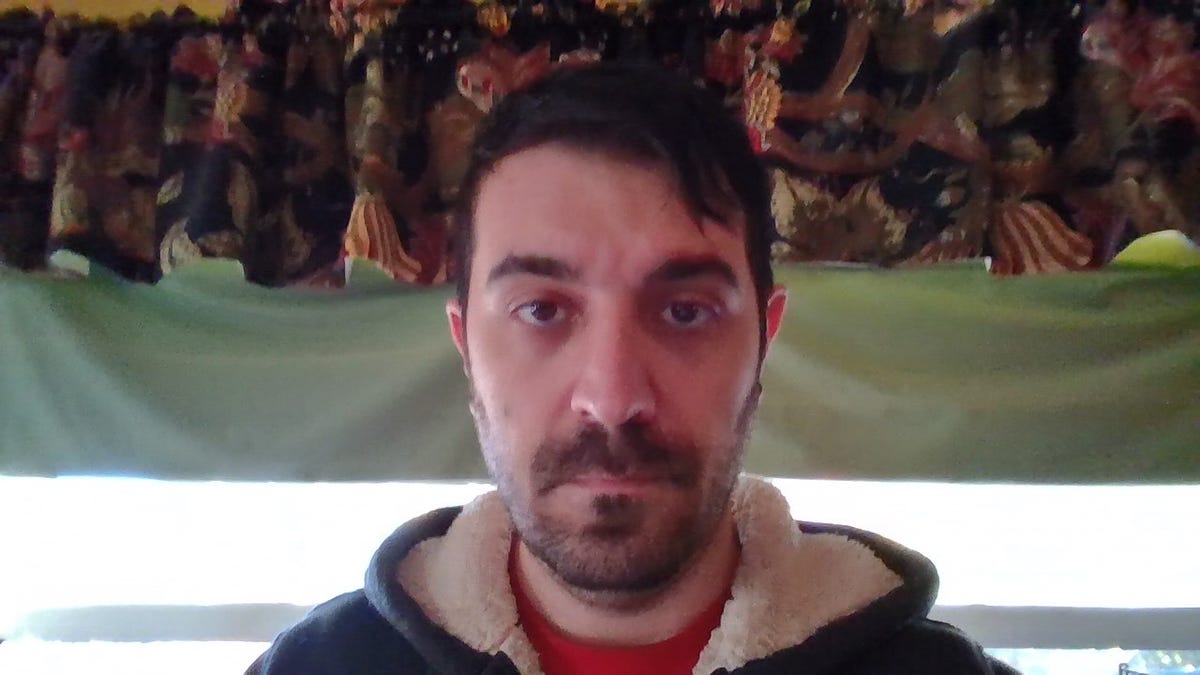 That might be forgivable on a cheap computer, but even the basic configuration costs $1279. The configuration I’m testing costs €2,049. A few years ago, this point would have been forgivable, but since most of us now spend several hours a week on Zoom or video conferencing, I can no longer excuse poor webcams. 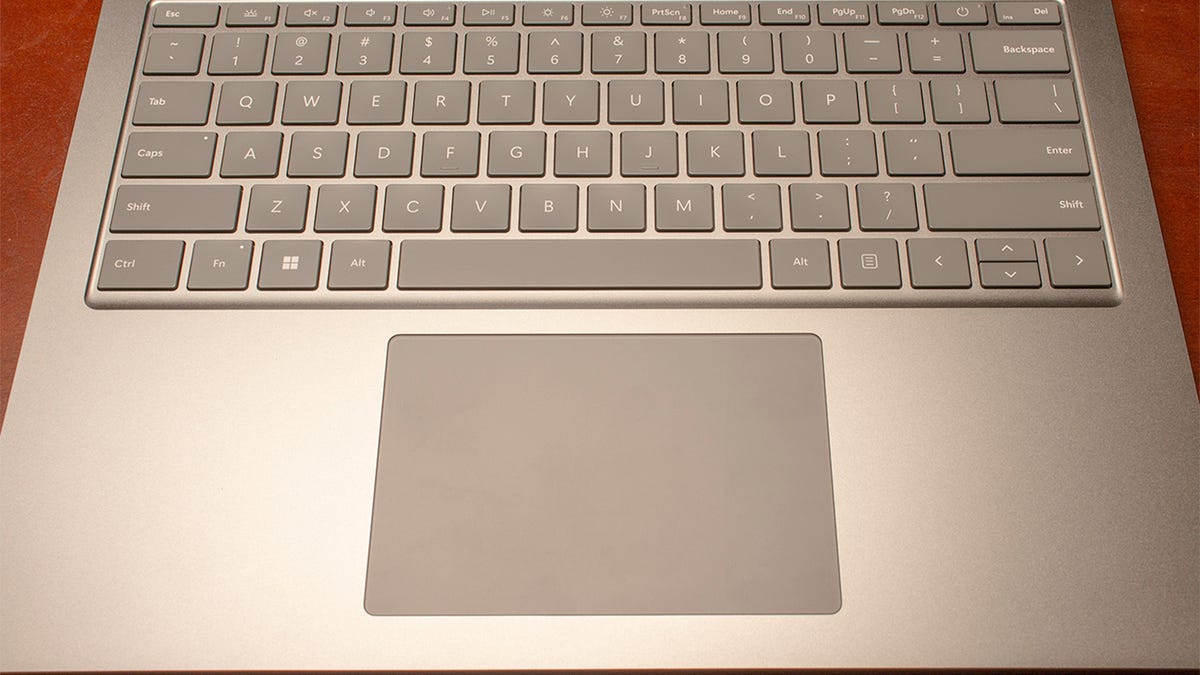 Let’s get back to the more positive aspect of the Surface: performance. The model I tested included a Core i7 processor, 16GB of DDR5 RAM, and a 512GB SSD. In this configuration, the Surface Laptop 5 is a powerhouse. It gobbled up my heaviest Photoshop work, handled a large number of Chrome tabs, and streamed videos. Best of all, it’s always quiet and never overheats. Uncomfortably warm palm rests are one of my pet peeves, but this model lacks them. 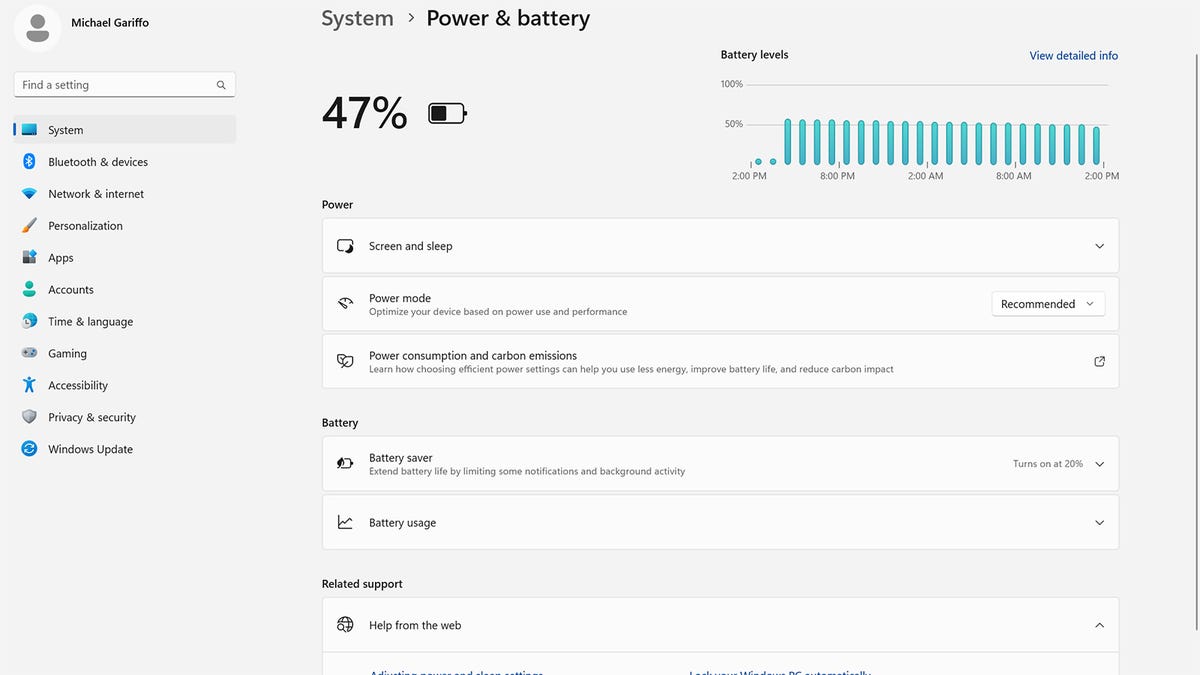 The Surface Laptop 5’s passive power consumption in sleep mode is one of the lowest I’ve seen on a Windows laptop.

One annoying quirk I encountered was the reluctance of Windows 11 or the Surface Laptop 5 to provide battery life estimates. It just lacks a stat that often appears out of nowhere. So I had to measure battery life the old fashioned way. The result is an average of about 10-14 hours with mixed use. This includes things like video/audio streaming, web browsing, content writing, and other mundane tasks of a typical workday.

In the extreme, I drained the battery in about 7 hours trying to run the worst possible scenarios and got Microsoft’s promised 18 hours by sacrificing screen brightness, volume, and performance.

All in all, I have no intention of leaving my charger at home and getting a full day’s work out of this laptop, as long as I charge it overnight. If you need to recharge the critter and you left your charger at home, all is not lost. The included USB-C port can also charge the Surface Laptop 5. A generic 65W charger I tested took the device from nearly zero charge to full charge in about two hours.

I could see that there are high standards for this exam and I do. It’s a flagship laptop from the company that makes Windows, after all. While those resources and ability to optimize its own operating system have been shown in things like the computer’s build quality and consistently good performance, it hasn’t fallen short when it comes to meeting modern base needs like a decent webcam and a modern screen design.

If you’ve never videoconferenced or don’t mind the wasted space around your screen, you’ve got the best Windows laptop you can buy right now. Even if these things bother you a bit, I recommend weighing them against the outstanding performance, build, and aesthetics that the computer has to offer. The Surface Laptop 5 is disappointing, but it’s about to become the leader among Windows laptops.

The ThinkPad Z16 features the same efficiency and build quality, while adding a few more creative features. It also has thinner bezels and equivalent performance, though its webcam is equally disappointing.

The Acer Swift Edge can’t match the build quality of the Surface Laptop 5. However, it offers a larger 4K OLED display and equivalent performance for a few dollars less.

The latest addition to Dell’s XPS 13 line seems to be from a more distant era. It features the same precise design and build quality, but uses every millimeter of its body for the screen or keyboard. It also includes the same configuration options, but costs more for the same features.