Major carrier United Airlines in the United States has announced that it has suspended its advertising on Twitter amid growing concerns over the direction the social network will take under new owner Elon Musk. Since it took over Twitter last week, hate speech, misinformation and anti-Semitic content have proliferated on the platform. The billionaire who hails from South Africa has promised for his part that he wants to create total freedom of expression on the network.

A United Airlines spokeswoman confirmed to Reuters on Friday that the company has suspended all advertising spending on Twitter. It is the latest major company to make the move after food giant General Mills (which makes Cheerios), automaker Audi and pharmaceutical form Pfizer, all of which paused their social media ads.

Bloomberg said Friday that Microsoft, HBO and Verizon are considering following suit, but prefer to take a more wait-and-see approach for now.

Receive our free daily edition by email so you don’t miss any of the best news Free registration!

Several civil rights groups, including the ADL, a non-governmental organization dedicated to combating anti-Semitism and extremism, met with Musk this week to discuss the rise of hate speech, racial slurs, anti-Semitism, extremism and misinformation. information since he took the helm of the social network last week. The group also reportedly asked Musk to continue content moderation practices – they have been put on hold – and they also asked that the integrity of the midterm elections that will take place in the United States on Tuesday be guaranteed.

And so the ADL on Friday called on companies and advertisers to stop pouring money into Twitter. The Network Contagion Research Institute, a firm that tracks the spread of hate and misinformation online, said Twitter has been experiencing a “prolific increase” of late and that “the most engaged tweets are openly anti-Semitic. “

The Stop Hate For Profit coalition, a group of which the ADL is a member, said that since their meeting, “hate and misinformation have spread,” adding that Musk “has taken initiatives that make us fear the worst in the future . .

At Twitter, the first week under the leadership of Elon Musk resembled a tornado: it started with sleepless nights for some engineers, it ended with the dismissal of half the staff.

“It was a very strange week. Executives were fired, others resigned, but there was no official communication from management until Thursday night,” said a former employee, on condition of anonymity.

Employees received the first email informing them that their fate would be settled on Friday. The next day, the second confirmed the rumors: 50% of the workers were grateful.

On the front line, the marketing and design departments, and the managers. Content moderation was more economical, with a deletion rate of only 15%, according to Yoel Roth, the site’s security manager.

After 24 hours of silence on the subject, Elon Musk tweeted that “unfortunately there is no other choice when the company is losing more than four million dollars a day” and that “everyone who lost their jobs was offered three months’ compensation. “.

The decision did not surprise the employees – the rumors were compelling – but the brutality of the procedure surprised. 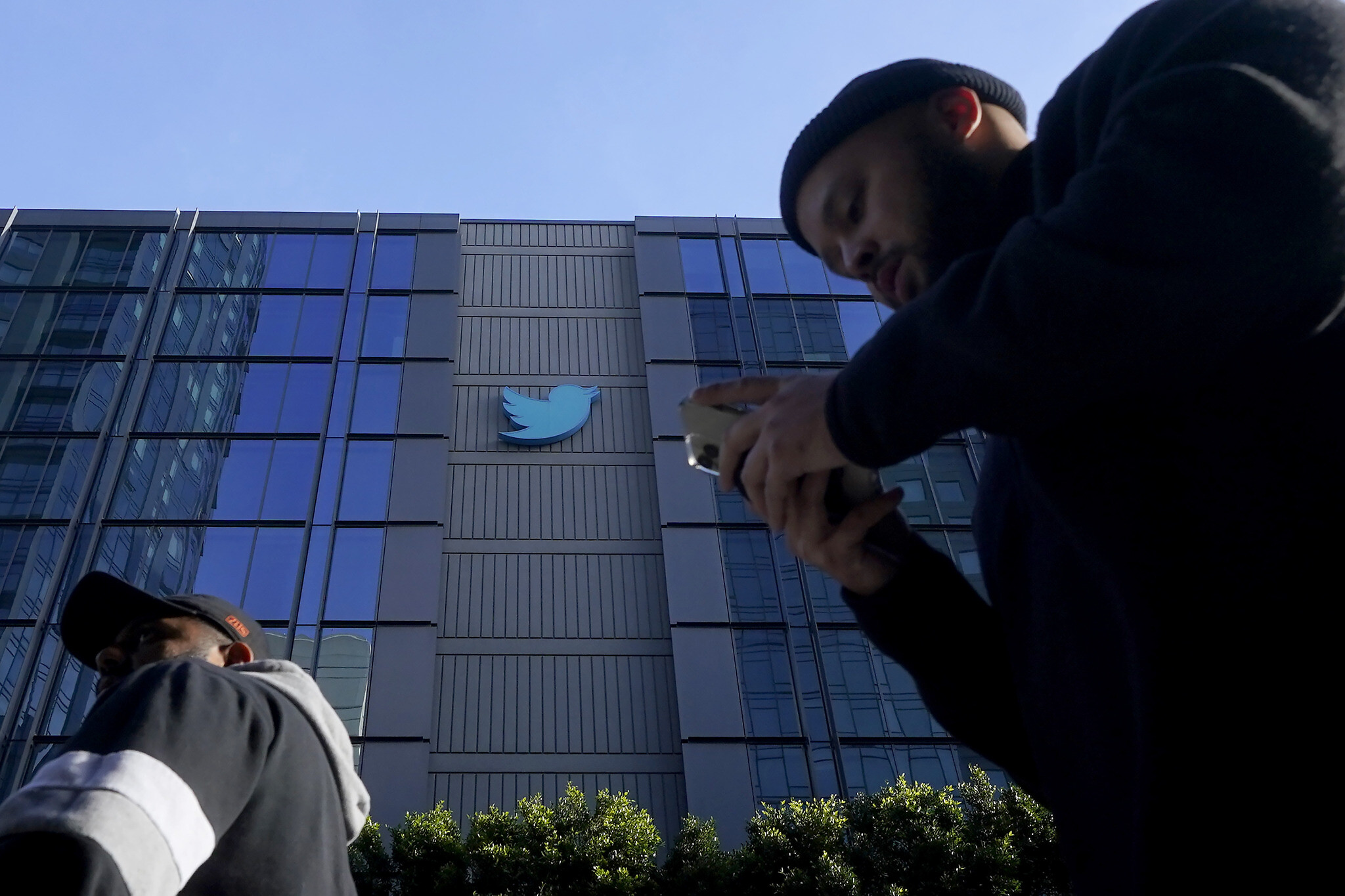 Separately, Musk indicated last week that he would not make major decisions on content or reinstate banned accounts until a “content moderation board” was formed that would bring together points of differing views. He reiterated that view last Wednesday, adding that the council would include “communities and civilian groups that are targets of hate-motivated violence.”

The Tesla CEO has publicly indicated that he would allow former President Donald Trump to reopen an account, although Trump — who regularly touts the virtues of his own social media platform, Truth Social — has not. this. know if he wants to come back.

The civil rights group urged, during its meeting with Trump, that Twitter establish a transparent process for how the network wants to reauthorize banned accounts.

Twitter banned Trump last year, three days after supporters of the former Republican president stormed the Capitol on Jan. 6 following his 2020 election loss. Trump is under investigation for federal crimes related to that attack. , a violent event that prompted a House investigation.

Musk controls Twitter after buying the platform for $44 billion.

About 90% of Twitter’s revenue comes from advertising – but the social network is far from the most popular among digital advertising professionals. Google, Amazon and Meta together drive 75% of digital campaigns, with other platforms collectively accounting for the remaining 25%.

Twitter will account for 0.9% of global internet advertising spending in 2022, according to Insider Intelligence forecasts, compared to 21.4% for Meta.

Twitter lost most of its executives last week, including its head of advertising sales.