Whether it’s winning car races, exploring new roads in unparalleled luxury or reaching top speeds, a Bugatti is first and foremost made to drive. Every year, during the Bugatti Grand Tour, owners of the brand’s latest hyper sports cars honor this philosophy, which is an integral part of Bugatti’s identity. This year, the event took them to Sardinia, a true jewel of the Mediterranean. A convoy of 22 models – Chiron, Centodieci and Veyron – glittering under the immense sky of this ancient island, awaits the start of three days that will see them sailing on turquoise seas, climbing spectacular mountain passes or following the rivers in the middle of wild Sardinia. All these vehicles tell the story of the evolution of hyper sports car performance and the development of the emblematic W16 engine, from the first Veyron 16.4 Grand Sport and its 1,001 hp to the latest Chiron Super Sport and its 1,600 hp. One thing, however, has not changed: the unwavering concern for perfection, down to the smallest detail and for each vehicle. 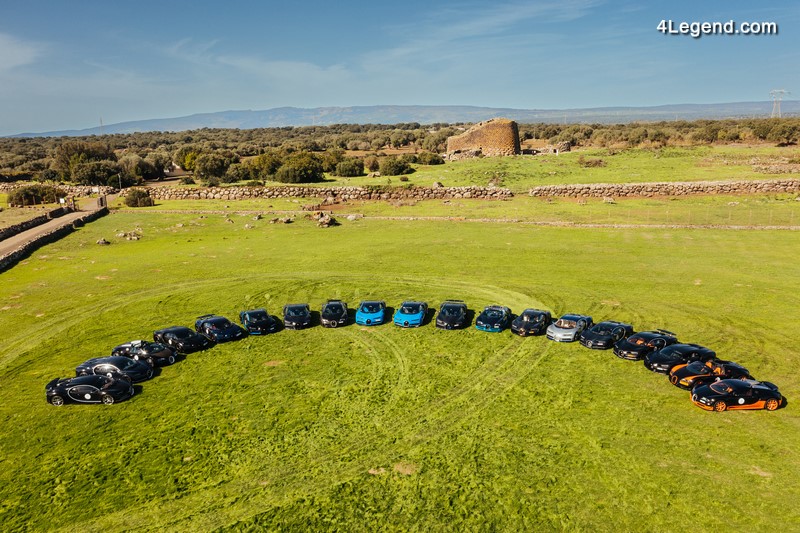 Bugatti’s many achievements – both in terms of design and performance – are expressed through this extraordinary collection of vehicles. The Veyron Grand Sport Vitesse World Record Edition pays tribute to the Bugatti roadster that was once the fastest in the world. The sophisticated paintwork of the Veyron Grand Sport Vitesse “Transformer” is a testament to unparalleled quality and customization, while models such as the Chiron Sport Edition “110 Years” and the Centodieci nod to a unique heritage. .

These Bugatti legends began their three-day journey at the Baglioni Resort hotel – a true luxury gem set amidst beautiful natural landscapes – before heading inland in search of the “nuraghes” – ancient megalithic structure living on the island. Smooth and winding roads lead visitors to the nuragic complex of Romanzesu where they are able to explore sacred stone constructions believed to be over 3,000 years old. Witnesses to the island’s rich cultural traditions, a group of “Tenores” (traditional singers) punctuated the visit. 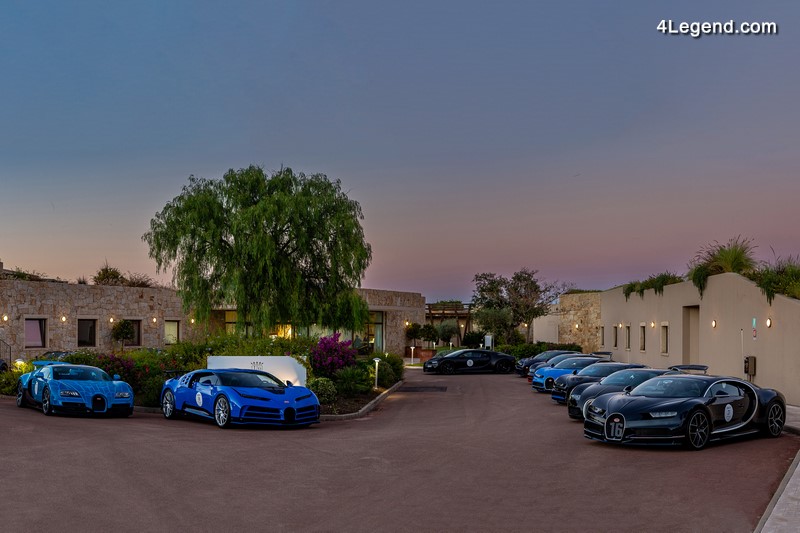 From this important historical site, roads gently climb to the coast via the Genna Silana pass, which offers exceptional views of the island from a height of over 1000 meters above sea level. After a 290 km drive, the cars arrive at the Su Gologone Experience Hotel, the most prestigious hostel in Sardinia, set on terraces surrounded by typical Mediterranean trees and flowers. In this spectacular location, they enjoyed a delicious traditional Sardinian dinner and reviewed their day on the road.

The next morning, as the sun was just beginning to rise over the endless Sardinian horizon, the 22 W16 engines started for the west coast of the island. The route took the pilots to the wild heart of Sardinia and to the incredible site of Nuraghe Losa, one of the most famous and best preserved megalithic testimonies of the Nuragic civilization. They then discovered the native rituals of this ancient island by attending a traditional show of dancers wearing Boes and Merdùles masks. 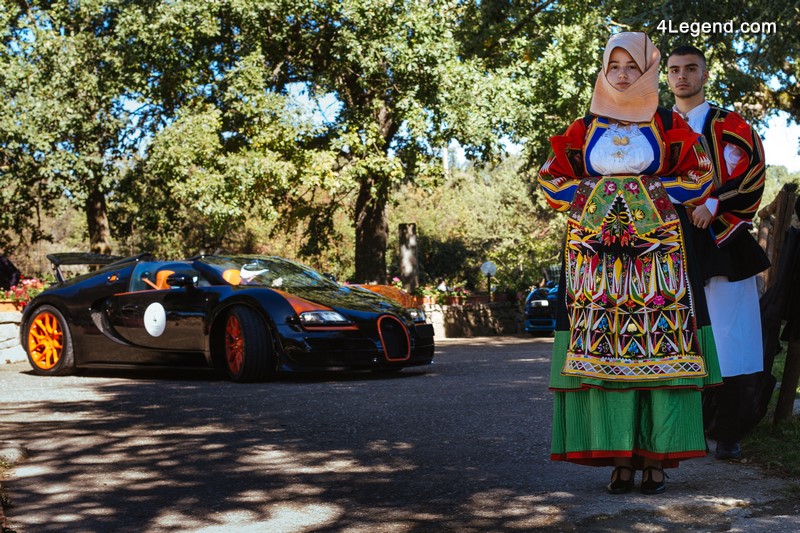 Guided by tree-lined roads, the procession of hyper sports Bugattis made its way to the coast before arriving in the town of Bosa, a seaside destination famous for its brightly colored houses. After driving along the coast, the group arrived at the Carlos V hotel just in time to witness a rare sunset.

The final day began – with more than 530 km on the clock – passing through the north of the island to return to the starting point. The beautiful region of Gallura crossing the Valle della Luna (the “Valley of the Moon” in English) and the famous Costa Smeralda coast, named for its sparkling emerald waters, marks the end of the circuit where each vehicle will travel a total of 720 km and cross more than 5,000 bends on Sardinia’s picturesque roads. 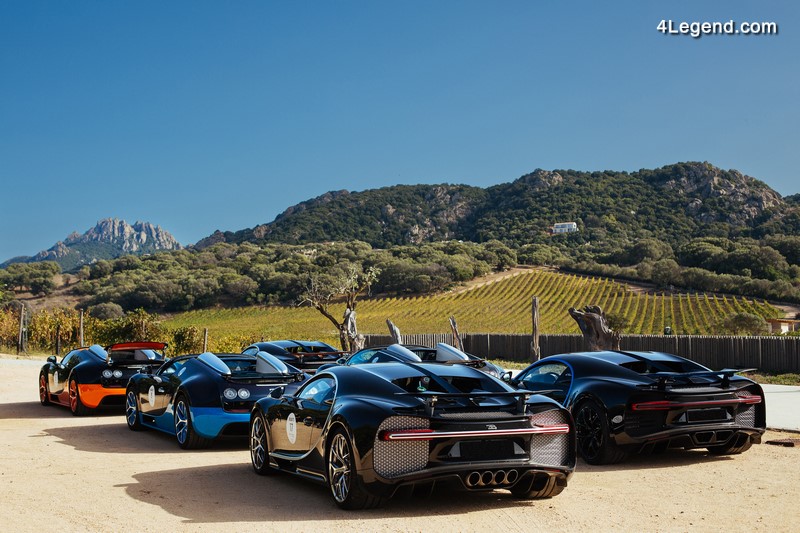 During the Grand Tour, Bugatti owners demonstrated the original spirit of the founder: to use these cars for what they were designed to do. Ettore Bugatti really made his first cars to be driven to the highest standards, and even today, passionate owners of iconic historical Bugatti models continue to roam the roads in their priceless cars.

According to Christophe Piochon, President of Bugatti Automobiles: “It is a real honor to accompany our customers and many of our most amazing models on this incredible Grand Tour. I would like to thank especially our Bugatti customer service – a team of expert technicians – which ensured that these cars performed at their best every day. Together with the organizers of the 2FAST4YOU event, we witnessed the passion and enthusiasm that the Bugatti brand generates. This feeling that you don’t just own a Bugatti, but that you live in Bugatti, we call it “La Vie en Bleu”. » 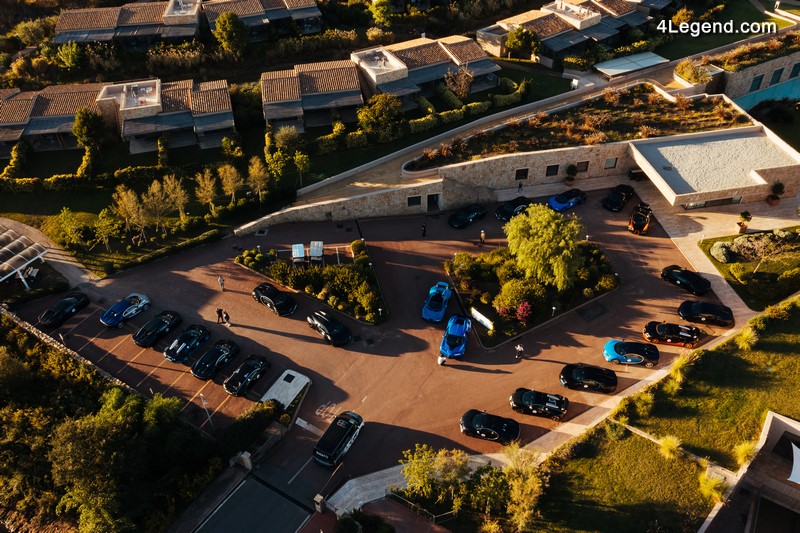 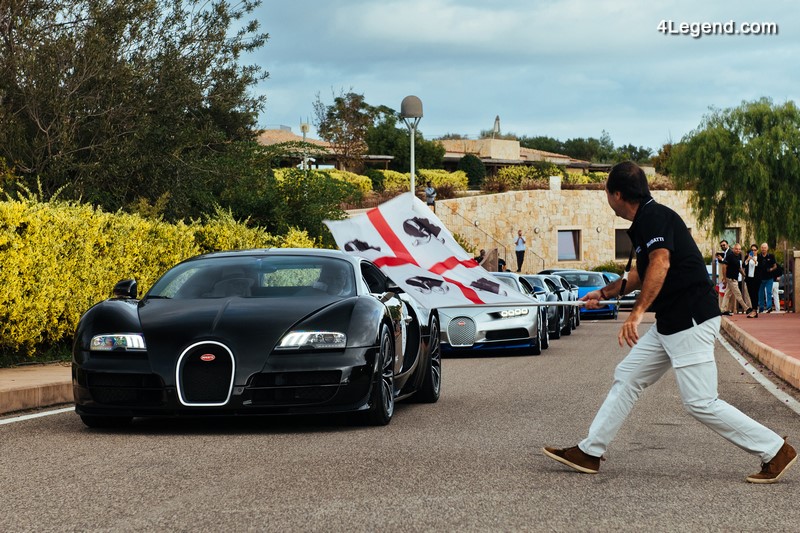 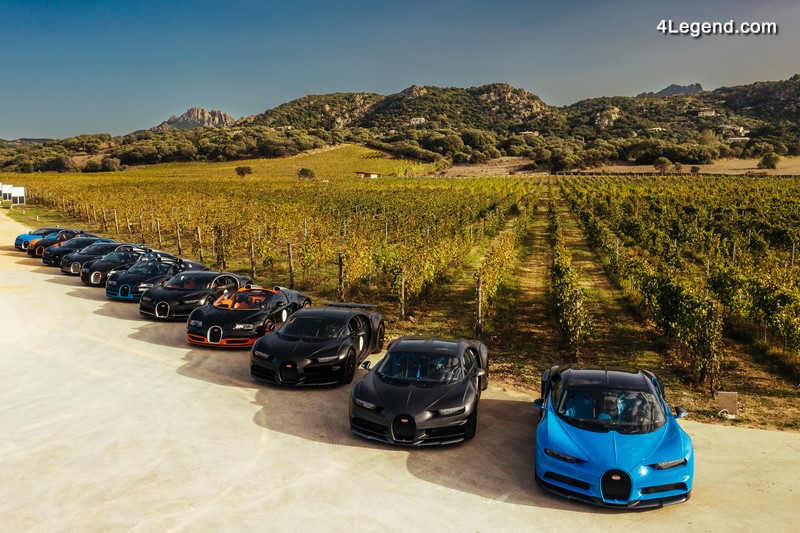 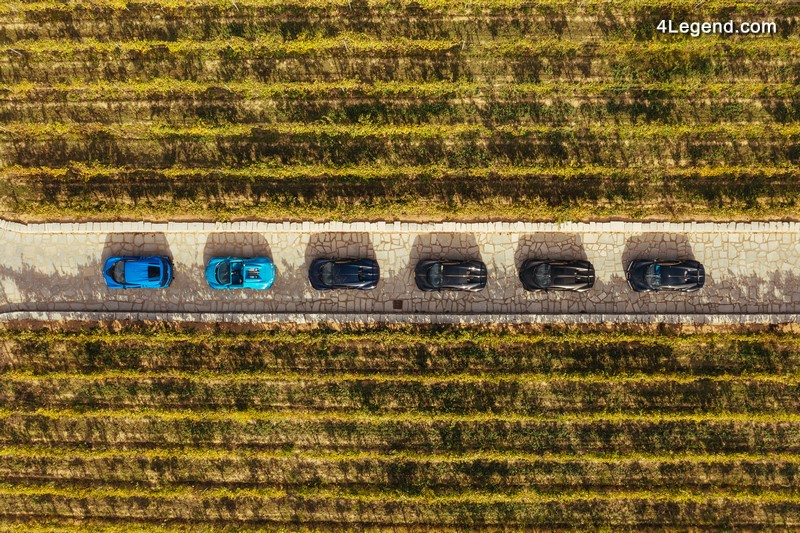 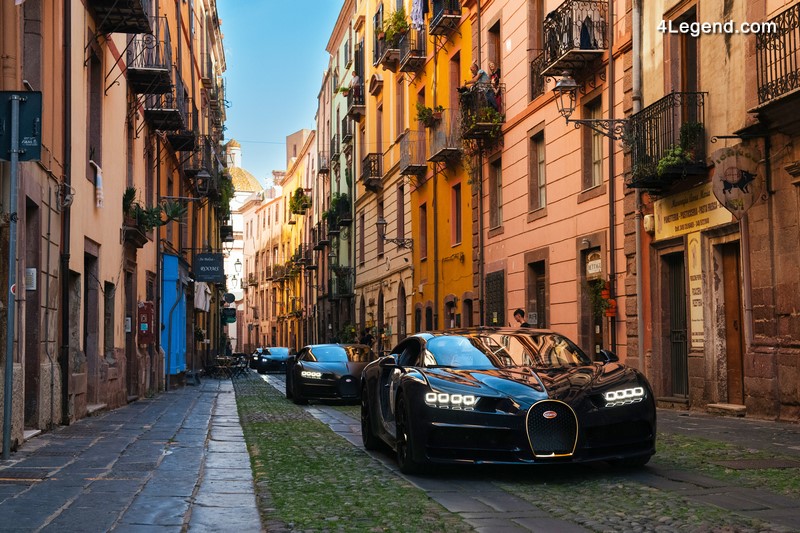 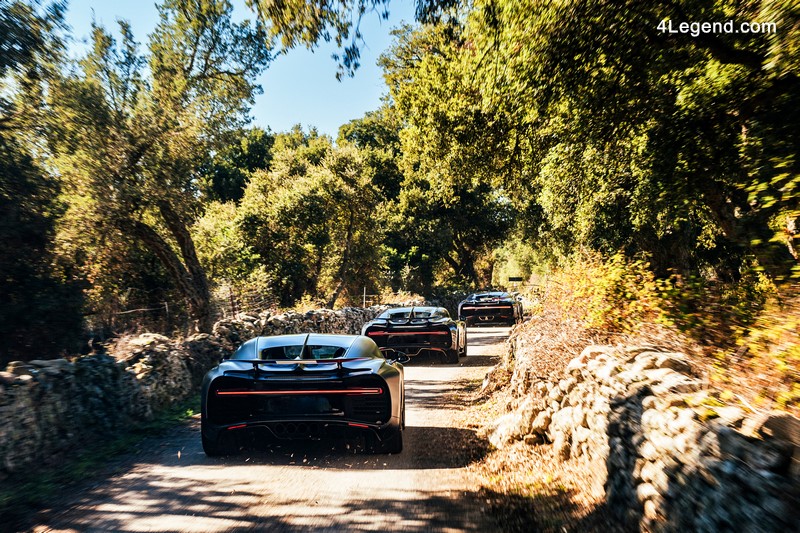 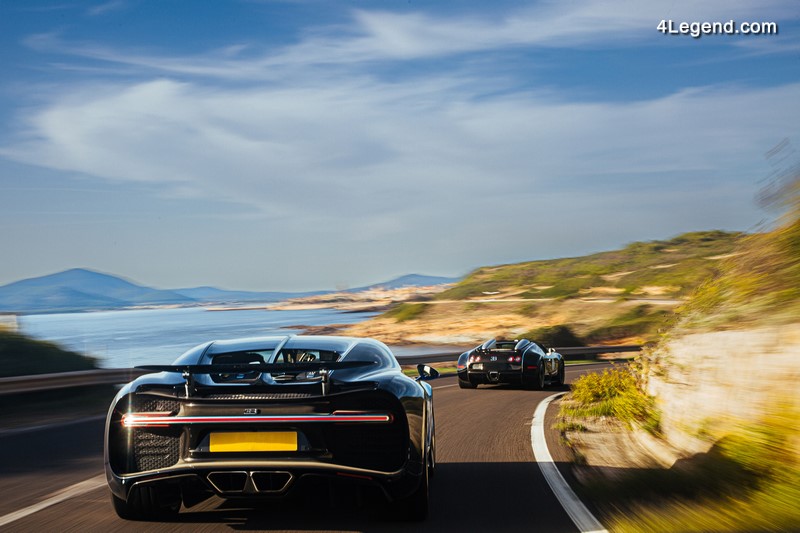 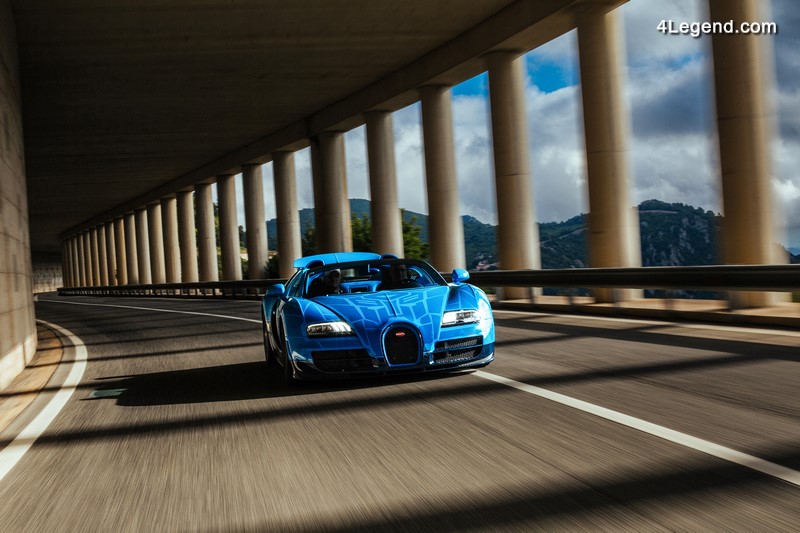 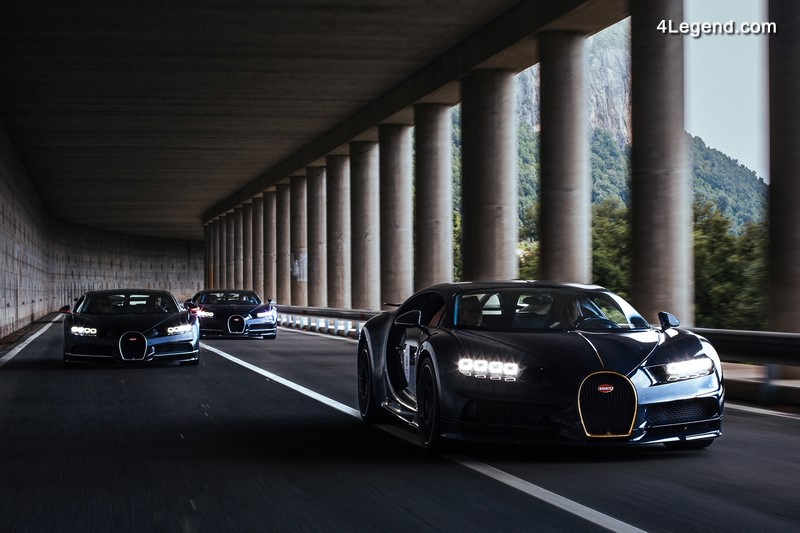 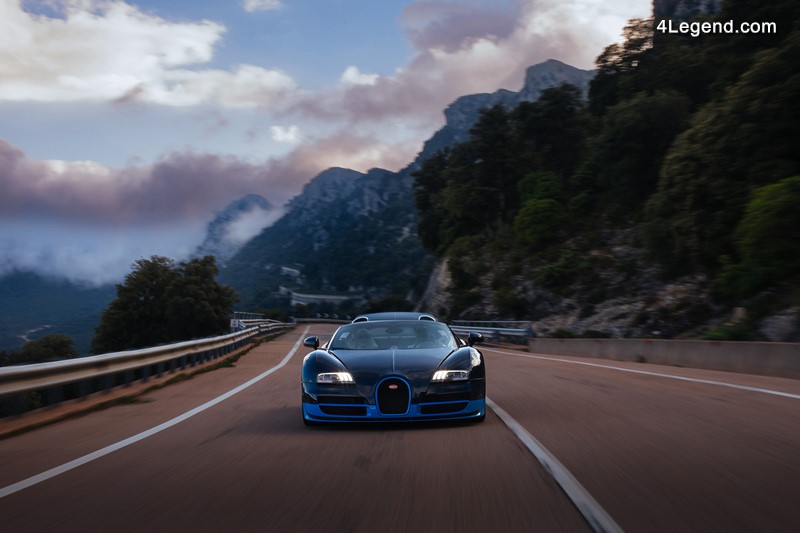